The September issue of Vogue is usually its biggest of the year, and this year it was made bigger still thanks to its guest editor, the Duchess of Sussex (aka Meghan).

The issue was themed ‘Forces for change’ and Meghan chose fifteen inspirational female changemakers who have had, says Vogue, “a laudable impact in recent times and who are set to reshape society in radical and positive ways in the future”.

The list ranged from activists to artists, politicians to performers, poets to provocateurs.

How delightful, how could anyone possibly take offence at that? But some did: Sarah Vine, writing in the Daily Mail, saw it as just the latest in a series of PR disasters for Meghan.

Vine was not impressed with Meghan’s choice of women, “half of whom no one’s ever heard of, many of whom are just celebrities, and all of whom have been seemingly chosen more for what their inclusion says about you than anything else.”

“Meanwhile,” she continues, “you fail to nominate the one truly inspirational woman in your life, the Queen, whose years of selfless devotion to this country knock all of the others into a cocked hat. Put simply, there is a difference between being fashion royalty and actual royalty – which, by the way, can be just as hard work.”

Vine was not alone. There was other negative reaction, and not just in the Mail.

But what about sales? Did the issue bomb? We’ll have to wait for the next ABCs for full details, but the early signs are that it’s been hugely successful. Soon after it went on sale, The Sun reported: “The special September issue – themed on “Forces of Change” – is selling for FIVE times the £3.99 asking price online just hours after it hit shelves across the UK.”

Editor Edward Enninful had no doubts about his choice of guest editor: “Anyone who knows me, or has read this title since I became its editor two years ago, will already appreciate that the Duchess is a woman for whom I have a deep and profound respect. Since she first began to navigate the waters of the British establishment, I, like so many in this country, have found her to be an inspirational woman of action.”

The perennial headache of transitioning from print pounds to what appeared to be for a long while, digital pennies, seems to be easing for a number of brands, including The Times.

News UK announced in August a new digital milestone with The Times and The Sunday Times surpassing 300,000 digital-only paid subscribers, of an overall total of 539,000 subscribers and some five million registered access users.

Digital-only subscriber numbers were up 19 per cent year-on-year at the end of June 2019, to 304,000, in the most successful year since The Times and The Sunday Times launched a digital subscription model in 2010, says the company.

Chris Duncan, managing director of TNL: “The Times and The Sunday Times continue to show that people value quality journalism and are prepared to pay a premium for news they can trust.”

“We invest in the news service to build both frequency and loyalty among our readers. We continue to marry the practices of world class journalism with innovations like our AI powered 'digital butler' that helps people navigate the news that matters.”

What began as a trickle seems now to be turning into something of a flood. This period saw more publishers turn their back on plastic wrap for their subscription copies.

With its youthful audience, many of whom probably missed a fair amount of school over the summer to protest about the government’s lack of urgency in tackling climate change, it was only a matter of time before The Week Junior did so.

Anna Bassi, editor in chief: “Our readers are passionate about protecting the environment and we are determined to help create a cleaner, more sustainable future for them.”

And titles with a slightly, err, older readership profile, like Country Life, are following suit.

Consumer publisher Hearst has not switched yet, but is keen to tell the world that it’s about to. The company announced that it has pledged to replace plastic magazine bags with sustainably-sourced paper wraps on subscriber copies by January 2020.

In the world of B2B, Incisive announced that its Professional Pensions, International Investment, Multi Asset Review and CRN brands will use a recycled paper wrapper from this September and Investment Week will follow in due course.

CEO Jonathon Whiteley: “Care for the environment goes hand in hand with being a responsible employer, partner and customer. We encourage and empower everyone who works at Incisive Media to be aware of how the work we do affects the wider society.”

For your listening pleasure

Recent figures from Bauer Media show that 36.3m people in the UK listen to digital audio weekly, with over 7m listening to podcasts every week.

Podcasts are becoming a core component of publishers’ marketing armoury. Titles like BBC History Magazine and Empire use them extensively to create a buzz, build awareness and, increasingly, to earn sponsorship revenues in their own right.

Dennis has recently launched The Week Junior Show, aimed at curious 8–14 year-olds and their families. Each show features discussion of the week’s most interesting stories, debate on a hot topic and discovering whether one incredible story is real or rubbish.

Anna Bassi: “Although podcasts are growing in popularity, there still aren’t many that are created especially for families, so we decided to make The Week Junior Show to help fill that gap. I hope listeners will enjoy hearing the team talk about the week’s news and that they’ll find its unique and engaging blend of content just as interesting, entertaining and accessible as the magazine.”

Bauer, the publisher of Empire magazine, has created the new role of podcast editor, and appointed Maria Williams to the position.

The Sunday Times has announced its first storytelling podcast series, The Pivot, hosted by its West Coast correspondent, Danny Fortson.

In the eight-part series, Danny offers a portrait of Silicon Valley and reveals where its best brains think it’s headed next, including a deep dive into the intersection of technology and society and how the area became so globally influential.

The first episode of The Pivot, entitled ‘Hot Tub Millionaire’, uses exclusive interviews to tell the story of Silicon Valley trailblazer Nolan Bushnell, who founded the company that invented the video game, Atari, and who was a mentor to Steve Jobs.

Stablemate The Times has launched the Giles Coren has no idea podcast series, featuring Times columnist Giles Coren and his wife, fellow journalist Esther Walker, as each week he finds himself with no idea what to write about in his weekly column.

Having read all the papers and found nothing of interest whatsoever, he takes a break and does the school run. Upon his return, Esther has half a dozen ideas she’s spotted ready to knock around with him over the kitchen table and a much needed pot of coffee.

The first edition launched Friday 5 July, and reached No. 1 in the Apple Podcast Chart, say the publishers.

Who’s been buying who

Future continues to expand into the international B2B space. At the start of August, it announced the acquisition of SmartBrief Inc, a US-based digital media publisher of targeted business news and information.

Leveraging proprietary technology and editorial expertise, SmartBrief delivers relevant industry news in partnership with trade associations, professional societies and corporations. Its database of 5.8m+ subscribers is made up of senior executives, thought leaders and industry professionals.

Zillah Byng-Thorne, CEO of Future: “The acquisition of SmartBrief will substantially boost our presence and market position in the B2B sector and enhance our technology capabilities.”

Dennis, the publisher of Auto Express, evo and Carbuyer, continues to build its presence in the automotive space with the acquisition of social media brand Car Throttle.

Car Throttle, founded in 2009 by Adnan Ebrahim, is a market leader on social media with over 14 million car enthusiast followers and 2.5 billion video views amassed on YouTube, Facebook and Instagram last year. It also owns the fast-growing motorsport brand, WTF1, which has over 1 million followers and an audience of F1 drivers and racing fans. The company, with offices in London and New York, is well known for its viral videos and high social engagement, and works with brands to produce and distribute content on social platforms, says Dennis.

Pete Wootton, chief digital officer: “Car Throttle is an exciting business that we have been tracking for some time. Its unrivalled social audience coupled with the team’s strong expertise and capabilities in social engagement, provide some perfect synergies to our automotive brands. Combining Dennis’ engaged audience and expertise with Car Throttle’s scale and experience in working with large social campaigns, will provide us with unparalleled reach in this market.”

According to Dennis, Car Throttle has pioneered a social-first approach to brand marketing and its current clients include Red Bull, Mercedes-Benz, Michelin, McLaren and Shell.

Meanwhile, the Financial Times has announced a collaborative partnership with The Business of Fashion (BoF).

BoF plans to accelerate the growth of its community of five million people around the world, including more than 35,000 paying members and more than 500 corporate partners in 125 countries. FT Strategies, the consulting arm of the FT, will support this goal by providing expertise in subscription technology to BoF. The FT and BoF say they will explore additional areas of collaboration in the future.

Imran Amed, BoF founder, editor in chief and CEO: “This partnership will enable us to learn from the FT’s expertise and to find creative ways to work together in fulfilling BoF’s mission of bringing together the world’s largest community of fashion professionals.”

John Ridding, FT Group CEO: “The FT has long had a leading position in coverage of the luxury consumer sector, notably through the award-winning How to Spend It, and this investment will give us greater presence in the B2B and industry agenda… There is a natural alignment between our global mindset and our focus on reader revenue to support quality journalism.” 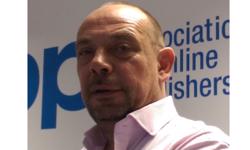 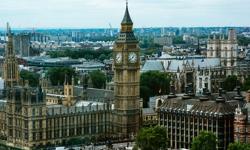 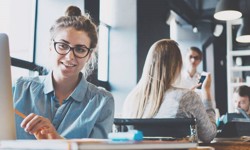 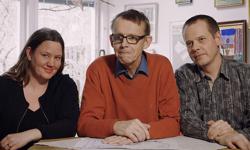 What we can do to help 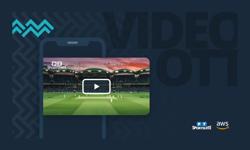 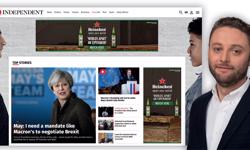 Be radical, be disruptive 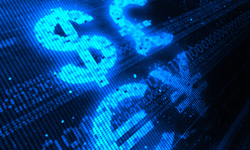 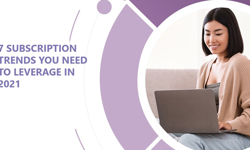