The role and coverage of the coronavirus pandemic by political and science journalists was discussed at length during an online debate staged on Tuesday 8 September by the Society of Editors (SoE) and the Association of British Science Writers (ABSW).

Chaired by Ian Murray, Executive Director of the Society of Editors, the debate looked at the roles of both political and science journalists covering the public health emergency and explored how coverage has been presented from both a political and scientific point of view in print and online.

Fiona Fox, Chief Executive of the Science Media Centre, said that science journalism had been critical to reporting of the pandemic and, although such an unprecedented story had called for both science and political journalists to work hand-in-hand, science journalists had better served society during the crisis.

She said: “Specialist science and health journalists already knew about viruses, they already knew who were the best scientists to approach, already knew the differences between a randomised control trial and an observational study and between a pre-print and a published paper […] that specialist knowledge helped science correspondents know which questions to ask to really understand the scale of the challenge.”

The important role of science and health journalists was also echoed by panellists Andrew Dagnell, Head of Newsgathering at ITV News, Pallab Ghosh, BBC Science Correspondent and ABSW honorary president and Jane Merrick policy editor at the i.

Ghosh agreed that both science journalists and scientists had been essential to coverage of the virus.

He said: “Chris Whitty and Patrick Vallance have been the absolute stars of the show. They have been absolutely compelling. They didn’t get everything right and they do need to be held to account but certainly on the [BBC] website, we can see that the stories that have done the best are the ones that give the science. These are often covering research into new medicines, where we are with vaccines, explainers on whether masks work or not and what the numbers mean. That is what the audience is crying out for and I think that is what science and health correspondents have brought to the party.”

Merrick agreed that while special correspondents had undoubtedly played a significant role, the coronavirus and coverage of its effects was not exclusively a science and health story and it had been necessary for specialisms to work together to provide comprehensive coverage.

She added: “All specialisms have come together. I have been reporting on politics for 20 years and this has been the biggest story that I have ever covered. It is too large in scale and impact to be covered by just one section of the media. It has touched on all departments and all facets of life. It is a science story, a social affairs story, an economic one, it has highlighted things about our food supply and about the people who are delivering our daily lives.”

The panel agreed that throughout the pandemic, political decisions had been made based on the science and that it was the role of journalists – and political reporters more specifically – to present such decisions and deconstruct them for their viewers and readers.

Dagnell said that throughout ITV’s coverage of the pandemic, the broadcaster had tried to explain both the science behind the virus and the political decisions that were being made because of it.

He said: “We have tried to explain to our viewers what is happening with the virus, whether that be the vectors that have increased transmission, what the virus is, the science behind masks and the science behind not wearing masks […] transmission rates amongst young people and what that might mean for hospitalisation figures in the coming weeks […] we try and deconstruct that but the other side to it is that we have to try to explain the political decisions that are being made. We have to deconstruct what those political decisions are. The two do go hand in hand and everyday we have this discussion.”

Early coverage of the virus had been proportionate, agreed the panel. This was despite early warnings of the global threat not making into onto the UK’s front pages and news bulletins.

Ghosh said: “I think at the time when the virus was first identified and when it was restricted to this one area of China and it had started spreading, we had seen this before with SARS and MERS, and there were concerns about those diseases becoming global pandemics and they had failed to materialise.

“When the coronavirus became a global pandemic that is when it deservedly got the headlines and the blanket coverage. It was only when it reached our shores and the shores of other European countries that it became a massive story. […] It was reported proportionately at the time.”

Both Dagnell and Merrick agreed that they had learnt throughout the pandemic to treat and present individual scientific views with more caution and to provide more context to those views in relation to differing scientific opinion.

Merrick said: “I took as read what Chris Whitty and Patrick Vallance and ministers were saying in those early days and taking it as read that they were completely right on things like lockdown and things like face masks – everything that we were told in March – that is now not. Those briefings when they said that it was still safe to go to football stadiums because it was pubs and smaller gatherings and I think that goes to the heart of this discussion. Actually we weren’t interrogating that and we were taking what they were saying as read because they were the top scientists in government and we were not really questioning what is the evidence and what is happening in South Korea? If I could do it again that would be the way I would approach this.” 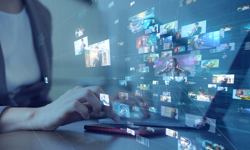 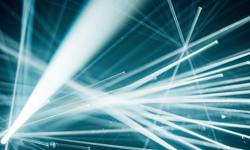 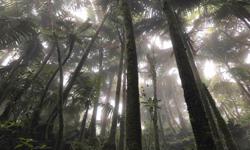 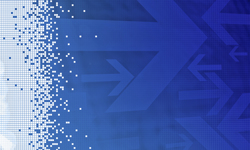 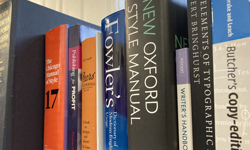 How to become a style guru 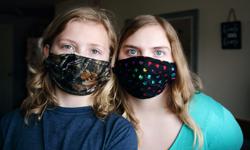 Words – don’t wear them out 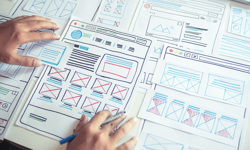