In his first thousand days in office, Donald Trump made 13,435 false or misleading claims, according to the good folk at the Washington Post who painstakingly monitor the president’s habit of bending the truth. How we Brits have smiled at this conman’s Teflon gift. Could never happen here.

But consider the lessons political managers around the world might have learnt about our election and how we struggled to negotiate the increasingly blurred lines between truth and falsehood; facts and propaganda; openness and stealth; accountability and impunity; clarity and confusion; news and opinion.

It rather looks as if one or two skilled backroom manipulators (we can guess) studied Trump’s ability to persuade enough people that black is white and, rather than recoil in disgust, came to the opposite conclusion: it works.

In an age of information chaos, you can get away with almost any amount of misleading.

One far off day, we will discover whether 40 new hospitals will be built, and whether 20,000 new police officers will materialise along with 50,000 ‘new’ nurses. It won’t be long before we learn whether we’ve now finally got Brexit ‘done’ or whether this is just the start of a long and painful process of negotiating our future trading relationships with a greatly weakened hand.

We’ll learn the reality of whether there is to be frictionless trade between the mainland of Britain and the island of Ireland. We will read the truth about alleged Russian interference in the 2016 Brexit Referendum … and much more. But, by then, life will have moved on, and maybe many of us will have forgotten the promises, evasions and outright lies of late 2019.

Lessons learnt? That, in an age of information chaos, you can get away with almost any amount of misleading. You can doctor videos, suppress information, avoid challenging interviews – but only after your opponents have been thoroughly grilled. You can expel dissenting journalists from the press pack or hide in a fridge. You can rebrand a fake ‘fact-checking’ website. In the end, none of it matters.

Coin one unforgettable message and stick to it. ‘Get Brexit done’ was brilliant, never mind that the meaning of ‘Brexit’ and ‘done’ was far from clear: this is an age of simplicity, not complexity. Even the so-called mainstream media will do far more to amplify that slogan rather than question it. Try this stunt: slap the words on a JCB digger and drive it through a pile of polystyrene bricks ... and watch as news editors obligingly clear their front pages for the image. They are making posters, not doing journalism.

I think it would be cleansing for British national newspapers to split the responsibility for news and comment.

And remember that in most countries, governments have unusual power over public service broadcasters. So, in the event that television journalists seem to be getting too big for their boots, it is often useful to drop a heavy hint there will be a price to pay. Maybe Channel 4 has outlived its usefulness? Possibly it’s time to privatise the BBC? That should do the trick.

Old-fashioned press conferences should be kept to the minimum. A manifesto should say almost nothing. Gaffe-prone colleagues should be ‘disappeared’. If in real trouble, make things up. You’ll be amazed how readily even the best journalists will repeat unattributable fictions (see the ‘row’ over the four-year-old boy in Leeds General Infirmary and what ‘happened’ during the subsequent visit of health secretary Matt Hancock). By the time the journalists have corrected themselves and Twitter has spent 24 hours arguing about the truth, the world will have moved on.

So, as Trump has discovered, the liars, myth-makers and manipulators are in the ascendancy – and however valiantly individual journalists attempt to hold them to account (and many, especially at a local level, have tried magnificently) the dice are loaded against them.

The one over-riding thought is that for many years, I looked at US newspapers and pitied colleagues there who ‘just’ ran the newsroom, leaving comment pages to others. Pity has turned to envy. I now think it would be cleansing for all British national newspapers to split the responsibility for news and comment. It’s simply too hard for the average reader – especially, but not only online – to tell the difference.

And a hero? After the Yorkshire Evening Post’s reporting of the Leeds story was questioned, its editor-in-chief, James Mitchinson, wrote a long and considered reply to a reader who, on the basis of something she read on social media, thought the story was fake. Mitchinson’s reply courteously asks the reader why she would believe the word of a total stranger (who might not even exist) over a newspaper she had read for many years in good faith.

The fact the paper knew the story to be true was, said Mitchinson, down to ‘bog-standard journalism’. It was a powerful statement of why good journalism – independent and decently crafted – should matter. So let’s hear it for bog-standard journalism. There’s too little of it. It may not be enough, but it’s all we have.

This article first appeared in The Observer on 15 December 2019 and also features in the new book, ‘Brexit, Boris, and the Media’, edited by John Mair, Tor Clark, Neil Fowler, Raymond Snoddy and Richard Tait. Published by Abramis Academic Publishing. 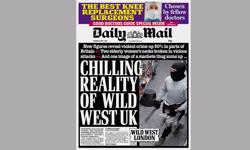 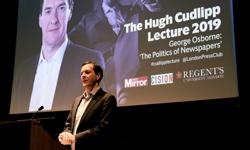 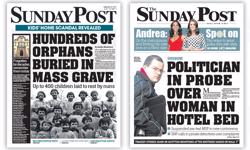 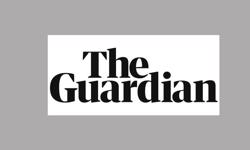 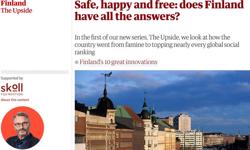 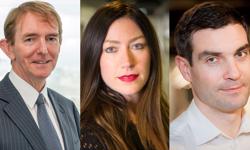 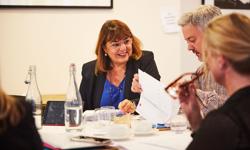 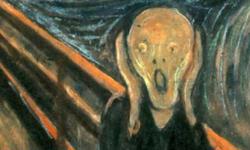