Clarity of vision – top-down and organisation-wide – and an overwhelming sense of shared purpose are helping BMJ future-proof and grow profits in the face of market challenges such as piracy and stiff competition. For, according to Peter Ashman, focus in the twelve months since he took over as the business’s chief executive officer has been firmly set on one thing: doing what BMJ does well and, wherever possible, doing it even better.

On taking over the top job at the company where he had spent the previous ten years overseeing BMJ’s expansion of its specialist journals from just under 30 titles to 60-plus, Ashman says he identified an opportunity to drive further business-wide growth by making more explicit BMJ’s long-standing corporate mission: to work towards achieving a healthier world.

A wholly-owned subsidiary of the British Medical Association, BMJ is a global knowledge provider and publisher of numerous medical titles, including The BMJ. First published in 1840, the weekly peer-reviewed publication is one of the world’s best-known and oldest general medical journals.

With more than 6.2m users worldwide, around 70% of its £75m annual revenue (2016) is derived from digital activities with the balance generated by other types of sales including sponsorship and events.

Without shareholders to satisfy or dividends to pay out, it is still a fully commercial operation. However, any surplus profit BMJ makes through the journals, events, educational and diagnostic products it produces, is ploughed back into the business to help advance the general medical community.

Getting to know you

“It’s a successful business and no doubt about it. But what I identified was potential for a greater sense of focus,” he explains.

The first thing Ashman did on becoming CEO was to have a series of one-to-one 15-minute meetings with members of BMJ’s 465-strong workforce, though the number now is closer to 435. Talking to everyone was a priority as it was important to understand what each person felt were the most important issues for the organisation, and for Ashman to share his thoughts on what he calls “direction of travel”.

From this, Ashman identified a need to better communicate with the staff the fact that commercial success in no way runs counter to the organisation’s altruistic healthier world goal. The message needed was that the more commercially successful the company, the better it could deliver on its healthier world vision.

BMJ has long had alongside its commercial operations, an array of altruistic projects. A current example is its Practical Approach to Care Kit (PACK) – a paper-based clinical decision-making aid for primary healthcare workers working in rural settings hundreds of miles away from a doctor.

Developed with funding from philanthropic backers and in partnership with Cape Town University, PACK is a powerful example of BMJ pursuing its healthier world mission as it expects to derive little if any revenue from it, though introductions it has enabled with NGOs and government departments have led to what Ashman describes as some “interesting” conversations.

Part of Ashman’s first year as CEO, then, has been spent making clearer to every staff member the fact that by coming to work at BMJ and driving its commercial success, each is contributing towards the organisation advancing its healthier world goal.

To this end, a review of the organisation’s nine core values was undertaken to understand how best to embed these within the organisation more deeply which resulted in BMJ’s core values being honed to a more memorable five, referenced by the (apt – phonetically-speaking, at least) acronym PIPET: Pride in our people; Independent, courageous, unbiased; Patient-centred and customer-focused; Evidence-based; and Trusted, open and transparent.

“These five values are now used to shape every aspect of our business – from top down to each individual’s annual review when we assess the value each person has made,” Ashman explains. But they also serve as reminders – for the preferred approach to all aspects of how BMJ’s business is conducted, and the company’s central healthier world goal.

There was another reason for the re-focusing, however. Yes, the economic climate was challenging – as it is for all publishers. Over and beyond that, however, a number of BMJ’s past investment decisions had delivered decidedly mixed results.

Acquisition of a practice management software for GPs’ business, Informatica, combined with costs incurred establishing three new regional hubs for BMJ’s international activities based in India, China and the Americas had contributed to a flat-lining of revenues and a fall in profits over the preceding four years.

A subsequent change of personnel in BMJ’s commercial and sales departments plus the refocusing around the business’s mission, however, helped contribute a 20% surplus in profits generated by last year.

Another early priority was to put together a new three-year strategic plan covering each of the four pillars of BMJ’s business: journals publishing, education, events and clinical decision support.

Journals remains BMJ’s engine and, moving forward, the plan is to develop new products to grow audiences where appropriate and fill remaining subject gaps in the therapeutic portfolio. “Our core business is journals publishing and always has been – it’s the financial powerhouse behind this organisation, despite some in the past describing it as a sunset business,” Ashman says.

Flagship brand The BMJ has a combined digital plus print weekly circulation of 122,000 – a figure that’s remained stable for a number of years, with 1.2m monthly uniques for bmj.com. The portfolio of specialist journals, however, has grown steadily with seven new titles launched in the last year alone and at least a further six scheduled to launch in 2018.

“NHS funding is a real issue as many of our journals are still underpinned by the recruitment market – then, in addition to that, there’s also theft, piracy, fraud and plagiarism,” he notes. “Copyright breach is a major problem and the whole ecosystem of scholarly publishing is being challenged – something we are working hard to tackle at a business and at an industry level.”

Ashman also identifies growth opportunities in education, however. A current focus is on translation into foreign languages of its learning content along with re-platforming – so it can be accessed via any learning management system. In events, meanwhile, a consolidation of its events programme with some new launches and the further roll-out of the strongest brands into new national and regional markets are planned.

“Publishing research has always been an important part of what we do and will continue to be so and we are monitoring and responding to how the marketplace and its business models are changing,” he continues.

“Once, it was subscription-based with libraries the main payer but there has since been a move to open access with authors now as much our customers as librarians. To understand this further, we recently completed a futures project exploring how research publishing models in the near future may change further – an important attempt to future-proof BMJ’s business five to ten years on.”

Another important aspect of future-proofing is to get closer both to BMJ’s audience and also new technologies likely to impact on the future of clinical diagnosis and healthcare delivery.

So, BMJ has recently stepped up what Ashman calls ‘pragmatic marketing’ (a customer-led marketing approach that has been rolled out organisation-wide over the past year) and established CoLab – a central, shared resource and dedicated physical space in which BMJ staff and customers come together to co-develop and test new ideas.

“Whether we are trying to develop a new product, enhance an existing product or look to improve the user journey, we can now bring all parties together with a user experience specialist to gather the best intelligence we can,” he says.

More radical, however, has been the development of BMJ Ventures – an innovation initiative intended to future-proof BMJ’s business.

The challenge is to balance the desire for BMJ not to spread itself too thinly against the need to learn about new technologies through partnering innovative third party start-ups. The longer term goal is to generate new revenue streams where possible from next generation products.

To achieve this, BMJ is now offering funding and packages of support in kind to start-ups driving innovation and efficiencies within academic research and healthcare, with a particular emphasis on education and training.

For example, it is working with BARTS X – an initiative to encourage medical students at Barts and The London Medical School to pitch medical technology ideas. The first BARTS X project it helped select and is now supporting, is OSCAR – an app that uses augmented reality to mimic patients and their symptoms to help support medical students in passing their clinical exams.

BMJ is also exploring opportunities around artificial intelligence through an association with IBM Watson.

Looking ahead, each of BMJ’s different areas of business faces its own particular challenges.

“In decision support, where there is well-established and successful competition, the challenge is differentiation, for example. In learning, it is the commoditisation of the education market and how to make a sustainable business out of high quality evidence-based educational material when so much out there is now available for free,” he says.

But with a renewed focus on how commercial success will feed into the organisation’s healthier world vision, Ashman is confident that a sense of shared purpose can and will be a powerful motivator.

“Our three year plan is to achieve a further 15 to 20% growth in surplus profits over the next three years and we now have a focusing strategy to underpin that, which I feel very confident about,” he says.

“We are trying to diversify our revenue streams and talk to new audiences in new markets, but more money is only important for one reason to me: because the more we grow financially, the more successfully we can deliver on our vision to achieve a healthier world.”

And therein lies a powerful lesson for any information publisher.

“Though it’s hard to quantify the benefits of working as a values-driven business, I think if you can do so, your organisation will be a richer one for trying, more successful and – probably – a better place for the people you employ to work in,” Ashman says. “This is why for me, moving forward, the only thing to do is to focus on what you do well and do it as well as you can.” 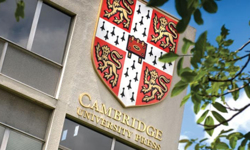 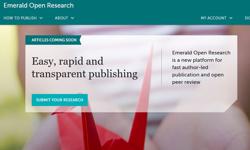 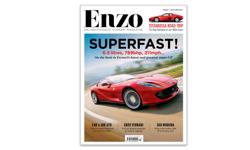 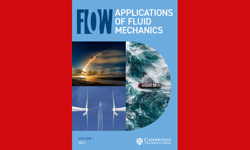 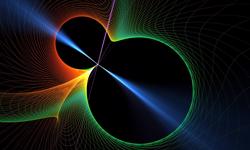 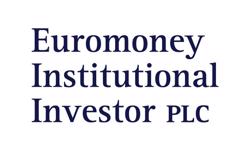