Digital editions are old news. In the three years (!) since that initial email flurry about Wired, Sports Illustrated and Future's own T3 filled the industry's inboxes, the publishing industry has quickly settled upon formats, pricing and interactivity levels. True, plenty of challenges remain but that 'How to make a digital edition' manual is on the way to being written, if the ink isn't exactly dry.

Digital is as 'ordinary' as print - and just like print, digital edition publishers all look at each other's titles for inspiration. T3 downloads The Week downloads GQ downloads Vice downloads The Magazine and we all end up with three screen-deep content pages.

No difference to print titles there - all magazine editors have their 'folder of inspiration', usually full of torn out news regulars to 'inspire' a future redesign - but the one thing print quickly learned to do was look elsewhere. At books, at catalogues, at packaging, at advertising - all in a quest to absorb relevant best practise and reach more readers in ways hitherto untapped.

So where should digital editions look for inspiration, if only to help dry the ink - or more likely, write some new chapters - of that aforementioned manual?

For me, it's still digital editions (of a sort) and still on the App Store. Rather than another consumer publisher, I'll choose a print-to-digital distributor that's not on Newsstand but is a newsstand. Who manages to unite 75 rival publishers together under one coherent digital roof. And who manages to be the biggest app in the world every single Wednesday.

ComiXology is a digital comic book distribution platform with over 100 million comic downloads as of October 2012. Featuring content from Marvel, DC and a wealth of smaller publishers, it offers a 'buy once, read anywhere' selection of over 30,000 comics and graphic novels across iOS, Android, Kindle Fire, Windows 8 and the web.

So far, so Wikipedia - what makes it so popular? And what can we be inspired by?

Despite a varied selection of publishers, comiXology wisely puts content to the fore. Whether it's a specific title or a 'New to comics?' promotion, editorialised spotlights always use 'artwork + logo' rather than inconsistent cover designs.

It's a smart retail move, with the added benefit of the storefront looking bright and vibrant whilst maintaining consistency. A variety of curated promotions add to the mix whilst a weekly release schedule keeps things fresh. Extra kudos goes to the navigation - consistent in design yet bespoke to whatever device or platform you read it on.

Digital edition storefronts can be tricky beasts, especially when for a single product. Strong ones do exist (Vogue, New Yorker) but comiXology is a newsstand in itself so the closest comparison would be iTunes - and it's better than that.

Whether at a convention or a comic shop, comic fans love to talk. Things they love, things they hate and, the odd online forum troll aside, things they recommend. ComiXology makes the most of both these.

Issue purchases can be shared via Twitter, Facebook and email as well as rated out of five. Ratings are then collated and an average displayed next to individual issue entries. It's no different to user reviews on any product-based website but is a strong mechanism designed to get people browsing and buying beyond their comfort zones.

Digital edition stores can offer similar as does the App Store itself with iTunes Genius but comiXology feels it's 'by fans for fans' rather than driven by purchasing history or recommendation engine.

ComiXology is awash with archive content. You can fill your account with post-WWII pulp strips, Seventies superhero epics or just last year's back issues.

Cut through is offered by curated promo spots, some obvious taxonomy whilst search is also strong. However, it's the ability to browse that marks comiXology apart.

Tap on a creator to see everything he / she has written, drawn or coloured. Tap on a publisher if you're loyal to a certain brand. Or just trust the community and try a 'People Also Liked' recommendation (drawn from customer purchase history).

And finally… the comics themselves.

Rather than looking to add multimedia, comiXology has considered both the user and the device. A patented Guided View navigation gives users the choice to read their issue panel by panel, the content smoothly animating from one to another before zooming out to the whole page. It's a simple yet effective way to 'beat' the limitations of variable screen size. There's also the recent HD increase in image quality, taking advantage of the retina display of iPad 3.

What's the digital edition equivalent? Rather than the addition of multimedia and / or functionality, I'll suggest the unsung hero that is improving PDF quality. At my own employers, Future, we've vastly improved the repro processes applied to all our digital replicas whilst article text view is set for rollout later this year - a function again about letting the content break free of the duel confines of the original product and the limitations of varied screen size.

ComiXology isn't perfect. While in-app alerts are available, the lack of subscriptions is frustrating whilst the recent SXSW giveaway of 700 Marvel back issues caused the whole system to crash (something their comms department coped with admirably, it must be said).

However, the impressive attention to detail around content, smart store experience plus an easy-to-browse archive is more than enough for me to forgive any glitches.

Inspired enough to write another chapter of that manual? Oh yes. 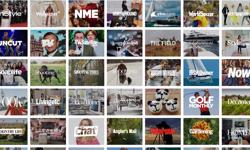 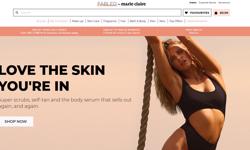 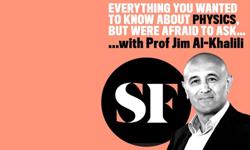 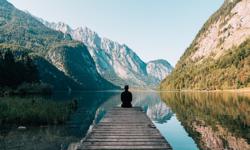 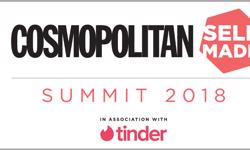 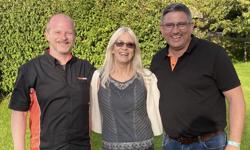