Since reporting our interim results on 17 May, trading has continued in line with the Board’s expectations. Underlying revenue in the quarter to 30 June is flat compared to last year when adjusted for exchange-rate differences, acquisitions, disposals and discontinued operations. Reported revenue of £107.9m for the quarter decreased 9% compared to last year largely due to exchange and the sale of the Global Markets Intelligence Division (GMID), which is entirely a subscription-based business.

(The table (below) shows more detail on the year-on-year change in revenue for the third quarter on a reported and underlying basis.)

Underlying subscriptions and content revenue increased by 2%. The divergence in subscription growth rates between the pricing, data and market-intelligence segment and the asset-management segment has continued. Pricing, data and market-intelligence subscription revenue increased by an underlying 14%. The headwinds facing the investment-research division (BCA and NDR) within the asset-management segment were somewhat offset by the improved trends in Institutional Investor’s membership business. This resulted in subscription revenue in this segment declining by 5% on an underlying basis. Strategic actions are underway to tackle BCA’s challenges.

Underlying event revenue increased by 1% against a strong prior year. We continue to concentrate on larger, high-margin events and market trends remain positive.

In response to evolving reader and advertiser needs, we transitioned Institutional Investor magazine to a digital-only format in April and therefore ceased printing the publication. This contributed to the 8% decline in underlying advertising revenue during the period.

The Group generates approximately three-quarters of both its revenue and operating profits in US dollars. The average Sterling-US Dollar rate for the quarter was $1.37 (Q3 FY17: $1.27). Each annualised one-cent movement in the exchange rate has a £0.7m impact on profits.

GMID has been treated as a discontinued operation in this trading update. The disposal was successfully completed on 30 April 2018 for US$180.5m (£129m) before tax and deal costs (4).

Net cash at 30 June was £94.1m compared to net debt of £37.0m at 31 March 2018. The increase in cash reflects US$165.3m (£117.8m) net proceeds from the disposal of GMID and continued strong operating cash flow, offset by tax payments and the interim dividend. We expect further GMID tax and transaction costs before the end of the financial year (4).

Preliminary results for the year to 30 September will be announced on 22 November 2018.

3 Revenue for Q3 FY17 is split to reflect discontinued operations and sold/closed businesses.

4 As we announced in February, we expect the net proceeds to be around $145m. 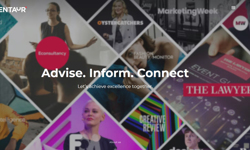 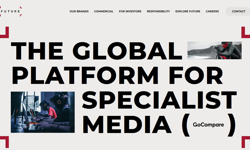 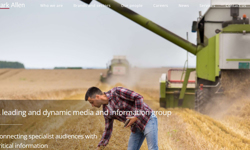 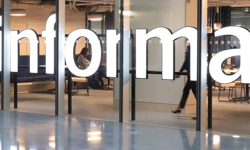 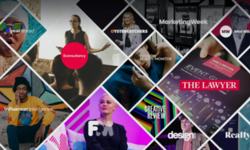 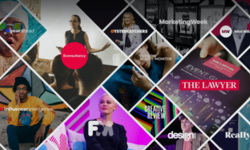 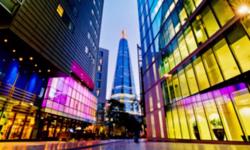