When I was working on Smash Hits in the early 80s, we were much more frightened of the print unions than we were of management.

One small example might give you an idea. Any cartoons or items of hand-drawn artwork on Smash Hits had to be first sent to Colin, a mysterious bloke living somewhere out on the fens who happened to be a member of one of the print unions. I never met Colin. Colin didn’t actually do the work. Colin merely put his NGA stamp on the pieces of artwork and then sent them back. Without that stamp, the compositors at our printers wouldn’t touch them. I signed hundreds of Colin’s invoices. He got paid per stamp. Nice for Colin.

I was thinking of Colin again this month while reading two books which deal with the history of magazines. The first, Revolutions From Grub Street by Howard Cox and Simon Mowatt, is a sober history of magazine publishing in Britain from two academics, which recounts the ways in which people have tried to make money out of magazines. The other, Rock Stars Stole My Life! by my old colleague Mark Ellen, is anything but sober and concentrates instead on how people have tried to have fun with magazines.

The strength of Cox and Mowatt’s book is that it tells the story of magazine publishing in Britain from a business point of view rather than as, as is more often the case, an excuse to indulge in superficial dinner party sociology. It traces how the various British publishing companies’ fortunes rose and fell, how they were established, taken over and altered on the back of a handful of phenomenally successful titles, how their eventual fates were sealed by money, technology, squabbles in the boardroom and on the factory floor, too-rapid expansion and, more often than not, by ending up with so much invested in the status quo that they were no longer able to see how that status quo might change.

The fact that it focuses on magazines as a business does not mean that it’s lacking in characters, heroes and indeed nut jobs. In the latter category, I refer you to the two directors of Odham’s Press, the company which pioneered such legendary titles as Woman and Ideal Home, who were such devoted spiritualists that they continued to consult their old chairman for advice over how to run the company long after he had gone to join the choir invisible.

In the buccaneering early day of the magazine industry, promotion was swift. Heroines of this story include Alice Head, who started on Country Life as a teenage shorthand typist. By the time she was twenty two, she was made editor of Woman and Home. By the late nineteen twenties, she had reached such eminence in the company that the owner William Randolph Hearst (reputed model for Citizen Kane), instructed her to buy him a castle in Wales which he had seen featured in Country Life. From what we can gather, Alice always had the good grace to enjoy both the work and the perks. When she was first invited to meet colleagues in New York, she said she was walking on air. May she remain a beacon for all of us.

Arthur Pearson, who founded the Daily Express, started work as an 18 year old editorial assistant in 1884, having won a competition in Tit-Bits for the privilege. He was soon the owner of the phenomenally successful Pearson’s Weekly, which stood at the head of his own huge company. Pearson glimpsed the mirage of platform neutrality in 1899, a hundred years before anyone else, serving on the board of the British Mutoscope and Biograph Company who hoped to be able to use their story telling talents on the big screen. It didn’t work.

Foremost among the rascals was Horatio Bottomley, a rogue MP from the turn of the 20th century with a taste for the finest Champagne who built up the magazine John Bull in his own image, styling himself as the champion of the little man while in fact sailing so near the financial wind that he ended up serving many years in gaol, during which time the magazine’s circulation fell and then, miraculously rose again. Which rather puts the travails of Martha Stewart Living in their place.

The promotional techniques employed by magazines in the golden age would be unlikely to get past Compliance nowadays. Tit-Bits, which was launched in 1881, was aimed at the new race of commuters, promising free insurance to anyone who was in possession of a copy at the moment they were killed in a railway accident. In 1889, one of its competitors offered a pound a week for the rest of their life to the reader who could guess most accurately the value of the gold reserves in the Bank of England. Yet another joy we have been deprived of by Wikipedia.

On every side, the scale boggles the modern mind. In 1922, the Southwark printing and production plant of Amalgamated Press employed no fewer than 30,000 hands. In 1947, Radio Times was estimated to be read by one in every four people in the adult population. A page of advertising cost £2,240, twice the price of a family house at the time.

In its recapitulation of the fate of so many titles, it prompted me to reflect what happened to the words “practical” and “amateur” and whether we will ever again see them forming half of a magazine’s title. It also rescues from the smoke of history a bunch of titles which were huge stories at the time but disappeared without trace. Like Candida, the launch from IPC which targeted ABC1 women with a weekly back in 1972. It did seven issues. The names of the magazines that failed to take off seem as faintly pathetic as the names of bands who only managed a couple of gigs. However I’m still not convinced that there was ever a parenting magazine called Gurgle.

It also spends a lot of time covering the introduction of what we quaintly referred to as “desk top publishing”. I like the quote from an internal IPC report which pleads “how can six people put together 124 pages on Golf Monthly every month but it takes fifty-six people for the 160 pages of Women’s Realm?” This sounds as if it was from the period of phoney war during which the big companies knew that change was coming, the people who did the magazines knew it too, but nobody wanted to be the one to meet the inevitable trouble halfway.

What’s striking and inspiring about Mowatt and Cox’s book is that it reminds you that so many of these empires were built by people with no real qualification beyond a genuine passion for the medium and a willingness to learn. None of them had ever had a day’s schooling in their profession. They were, in the best sense of the term, amateurs.

Their book is not particularly colourful. You have to supply that yourself. If you want to wander back into a more recent but no less vanished age with the panels ready coloured in, try Mark Ellen’s memoir of his time working on music magazines from NME through Smash Hits to The Word.

Mark, who is never ever averse to giving the colour and brightness a vigorous tweak, talks of Nick Kent making his royal progress through the NME office in the late 70s, his torn trousers rendering his testicles visible to people viewing from the rear, “one hand brandished a glowing butt, the other several sheets of cardboard from cereal packets with his latest meisterwerk on them in a spidery scrawl”.

He describes the scout hut amateurism of the Smash Hits art department (as Steve Bush was known) in the early 80s, remembering “a smell of glue as they designed pages full of glitter or sweet wrappers or headlines pressed out of Dymo labels, then rolled the layouts with melted beeswax and stuck them on cards.”

Describing his delight at getting his first staff job on a music paper, he recalls “if I wrote my pieces alone and in the cold light of day it seemed like a profession; if I hammered them out at three in the morning in a room full of skinny girls crashed out on cushions, I felt I was changing the world.”

I’m sure there are people starting out today who are every bit as talented as Mark Ellen and Alice Head. I only hope they’re having as much fun. 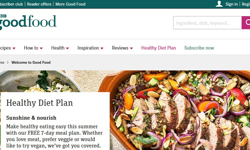