In the distant past, newly-crowned kings and queens would be expected to mark the early days of their reign by pardoning a few condemned prisoners. It’s the direct opposite with the newly appointed heads of magazine companies. Here you’re allowed one execution. Anna Jones, the new boss of Hearst in the UK, took advantage of the brief window of opportunity granted to all new chief execs, to get rid of the most obviously ailing title in the portfolio, Company.

All magazines have a dilemma at their heart. Are they one thing or are they the other? Sometimes these dilemmas are resolved, often they’re not. Company had that problem worse than most. Was it for girls who would grow up to be Cosmo readers (in which case you have to ask why they wouldn’t just go directly there) or was it something very distinct (in which case why wouldn’t it be even bigger than its stablemate?) My hazy recollection is that when Company was first discussed in the mid-70s it was as a joint women’s and men’s title, that holy grail which lots of publishing people, myself included, have wasted a lot of our lives trying to locate. That seemed the only explanation for its odd name, which was all too redolent of the Club Class lounge.

The story, inevitably, is that Company will carry on as a digital presence only. Here there’s another, even more pressing, dilemma. Is it trying to maintain the Company brand or is it simply trying to be important in the lives of its users? The first is probably not ambitious enough. The second is hugely ambitious. If you’re going to do this, you have to go way beyond your old user base and try to force your way into the affections of young women like those users all over the English-speaking world. Because you have to aim to be one of the half dozen sites that they look at regularly, this will bring you into conflict with everyone who’s taking up a share of their lives, from MailOnline to BuzzFeed to KittenWar or whatever’s the latest fad.

In this bigger, more brutal world, you’ve got to be a lot tougher than any of the UK women’s magazines who’ve gone on to the web show any sign of being so far. For a start, you’ve got to stop believing that having once been a magazine gives you any prior claim on their attention. It’s no use waking up in the morning and pretending the most important thing in their lives is going to be a nice offer their erstwhile favourite magazine has got on make-up. You’ve got to be there with your twist on Brangelina’s wedding as quick as anyone else and it’s got to be better than everybody else’s. In this world, unlike the world of the newsstand, simply turning up is not good enough.

Furthermore, you have to abandon much of the baggage that you took on your previous journey. First of all, there’s no point wasting any time on layout and making things look pretty. Those are magazine-world values and a lot of these simply don’t apply in the new medium. You know what they say about design. Form follows function. Too many magazine websites look to me as if they’ve been done by people who are under the impression that they still function like magazines. They don’t.

The Debrief, Bauer’s digital play in the women’s market, has many things to recommend it but still looks to me as if it’s been put together by magazine people or at least people with a magazine sensibility.

How big is your logo

You may think this next point is nit-picking but believe me it’s important. The logo of The Debrief is the first and most telling giveaway. Like too many sites which come from a magazine background, it sits at the middle in the top, occupying a third of depth of the screen. It’s presented like a magazine logo, which is wrong because: a) it isn’t one and b) even if it were, in this context it would not be fulfilling the same role.

What’s the function here? It’s not trying to catch your eye across a crowded newsagent. It’s not saying, come over here. We’re here already. We’ve been taken here either by a story or a link or, in the very rarest of cases, because we’ve gone looking for the brand. To give this much prominence to a logo, as if it had magic qualities, is evidence of magazine-think, which has no place in this new world.

The Debrief is not alone in this. The same practice is quite common on lots of other magazine sites. The logo is given far too much weight and space. Why The Debrief is doing the same thing I cannot imagine because it enjoys the incalculable benefit of not being a magazine and therefore there’s no need. It still hasn’t shaken off the heritage of a world where importance was measured in page real estate and, as they used to say in advertising, “when the client moans and sighs, make his logo twice the size”.

Contrast the treatment of the logo on magazine sites with some of the people who know what they’re doing on the web; YouTube, BuzzFeed, Amazon, PayPal; schmucks like that. On their sites, the logos are postage stamp-sized, tucked away in the top left corner, occupying the minimum of space, leaving the rest of the screen to be occupied with the items that people have come for. These people have got bigger brands than all the magazines in the world put together and yet they don’t waste precious space exalting them. They know how the minds of their users work. They’ve come to their site to do something, not to commune with a brand or relax into a brand experience. As soon as you go to their sites, you’re offered a screen packed with things you could do. I’m still not sure magazine people get this.

They’ll miss us when we’ve gone

I’ve recently completed a programme for Radio Four called Yesterday’s Papers: The End Of The Music Press. I talked to lots of people who were involved in the heyday of that market, people such as Richard Williams, Danny Baker, Danny Kelly and Mark Ellen.

With half-hour programmes of this kind, there’s always a lot of material that you simply can’t accommodate. One idea we didn’t have time to develop came out of something which Mark said. Whereas Bob Dylan’s mystique shows no sign of wearing out after fifty years, Rihanna already has to try harder and harder to get less and less impact in the media. That’s because Bob Dylan’s image has been mediated through newspapers and magazines whereas Rihanna’s image has been projected through her own use of social media. The first is a myth created by third parties. The second is all her own work.

You might think that the latter would by definition be better. Not so. I was thinking about Morrissey, who has recently been trying to make controversial noises about everything from Scottish independence to the death of Richard Attenborough in an effort to sell his new record. Now that he has to make the controversy himself, rather than relying on the professionals of the written press to do it for him, he sound less like an amusing, waspish commentator and more like a bloke standing in the middle of the road shouting at buses. He also sounds, forgive me, like a bit of a bore. This is an impression which you can confirm by opening the “Autobiography” which Penguin published last year. They didn’t interfere with it at all and published it pretty much as he submitted it. These are the ravings of a tiresome person who is worried nobody’s paying much attention to him.

I’m allowed to say this because I don’t belong to the generation for whom Morrissey can do no wrong. I’m further qualified to say this because I’ve observed, occasionally at close quarters, the careers of other bores such as Van Morrison, Lou Reed and Michael Winner, all of whom professed to find the company of journalists loathsome but then spent inordinate amounts of time and money paying professional PR people to put them in fancy hotel suites with the self-same journalists. These journalists did these men a great service by taking their encomiums to their latest product, their incoherent rants about the public and their frequently libellous remarks about the people they had worked with and making them interesting, entertaining and worthy of publication. That’s apart from the further lustre the art department added to your image with its photography, styling and design.

Throughout its history, the written press has provided an invaluable service to often charmless people in making them seem quite charming. When it goes, you’ll be on your own. 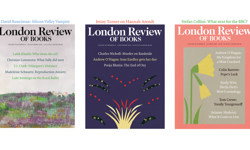