This was a fleeting moment now imprinted on the minds of millions around the world. Literally imprinted - because it was printed on paper.

There, on pages 128-129 of the issue of Hello! magazine published on May 1, is a single image which captures the essence of untold hours of television coverage and online chatter.

For social historians, it records the occasion when a self-made businessman was able to hand his daughter in marriage to a future King of England. For romantics, the appeal lies in the pride of the father, the radiance of the bride and the adoration of the groom.

Just 220 square inches of gloss and yet an instance preserved for posterity.

Proof of the continuing power of the still picture in this digital age of endless moving pictures.

The human brain finds it difficult to select and replay moving pictures from momentous events.

The human brain finds it difficult to select and replay moving pictures from momentous events, preferring to seize on single images that freeze and encapsulate a defining moment.

From all of the bloody years of the Vietnam wars, we tend to recall that one shot of the scorched body of a naked child fleeing from a napalm attack, the horrors of D-Day caught as a landing craft dropped its ramp and young soldiers first stared at that hostile shore.

The troubled life of Princess Diana captured as a lonely figure in front of the Taj Mahal, in forlorn contrast with that monument to undying love … Jackie Kennedy cradling the shattered head of the mortally wounded President … The Beatles in their pomp striding across a pedestrian crossing … Twiggy symbolising the fashion revolution of the 60s by posing in an A-line dress and Courrèges boots … the London bobby defending public decency by using his helmet to shield the private parts of Twickenham’s first streaker …

Whether historic or personal, tragic or amusing, our heads contain snapshots of such events we have witnessed and chose to remember.

In a year of almost unremitting gloom – natural disasters, bloody revolutions, mass murders, economic depression and, most recently, rioting and looting in our own streets – the fairytale marriage of Prince William and Catherine Middleton proved an occasion most of us would choose to remember.

The still picture is not confined to recording a big event.

I was at a house party in the West Country for that double Bank Holiday weekend and we all, male and female, young and old, watched entranced by the spectacular intimacy of modern-day TV coverage – cameras seemingly everywhere, zooming from aerial shots of the whole scene to close-ups of the wedding ring finger, almost making us feel we were actually there in the Abbey and having a far better view than the most distinguished members of the congregation.

We watched from the breakfast build-up to the happy couple’s escape from the Palace by sports car and we went on watching replays of the highlights until midnight. Not a moment escaped our attention. We went to bed convinced that, yes, we really had been there.

So why on Sunday morning did the ladies of our party make a stampede to the nearest newsagent to grab the Royal Souvenir issue of Hello! magazine – in itself something of a media miracle in producing and distributing 1.4 million copies of a 268pp package in full colour within 36 hours of the ceremony?

Why was there no sharing of a copy? Why did everyone want their own magazine – some picking up several copies?

The answer is that in the cold light of the morning-after, we realised we had only been spectators of the wedding through the window of our television screen, we had been staring at something going on faraway outside the house. The printed souvenir brought the wedding into the house – literally to have and to hold. The wedding now belonged to us, to scrutinise in detail and at leisure all that had been whizzed before our eyes.

Yes, the DVD would be available in due course and we could have recorded the whole thing on the Sky+ box. But trawling through hours of footage in search of those precious moments is much more labour intensive than flicking through something beautiful in its own right that sits comfortably on your lap, something to put away and keep in readiness for Hello!’s souvenir issue of King William’s coronation.

The printed souvenir brought the wedding into the house – literally to have and to hold.

All this is not to suggest that Hello! is alone in appreciating the power of print on these occasions. Its arch-rival, OK!, went head-to-head with an enormously successful bumper souvenir issue and one-shot products also riding high on the royal bandwagon came from Now and Woman’s Weekly.

Export copies of many UK magazines giving extensive coverage to the Royal Wedding reached record heights, failing to meet demand as far afield as Canada and Malaysia and Thailand. American magazines which reflected the transatlantic fascination with royalty recorded big boosts to their home sales over the wedding period while UK editions of Time and People claimed sales uplifts of 33.3% and 15.5% respectively.

In all, it is estimated that the Will-and-Kate factor generated in excess of £5 million of additional sales for Britain’s magazine market at a time when it is generally seen to be losing circulation and advertising revenue in face of online opposition.

So what? Print cannot survive on royal weddings alone (even if we’ve now had three this year thanks to the Tindall-Phillips sporty coupling and to Prince Albert of Monaco hanging on to his almost-runaway-bride!).

Turning to a fully-bled double-page spread is like switching from a laptop to a flat screen TV.

All reading-and-noting surveys show that once drawn inside by an arresting cover, it is a dominant picture that pulls people into a layout and induces them to go on and read the story. If the picture doesn’t do its job, then the feature doesn’t get read and if that tends to happen throughout the magazine you very quickly have yet another lapsed reader.

Even within a 268pp issue packed with pictures, that scene before the altar leaps out of the magazine with dramatic impact. Turning to a fully-bled double-page spread is like switching from a laptop to a flat screen TV or, as one poetic art director put it to me, “It’s like emerging from a narrow valley into a panoramic landscape.”

What makes the impact even greater is that digital pictures are contained within the screen whereas a fully-bled spread floats free of any constraints. It completely occupies your field of vision.

Yet in a survey of a cross-section of the weeklies and weekend supplements at the end of last month, I found only three images that registered with any force – the exotic Rihanna performing one of her raunchy dances, David Beckham and his sons as an aqua formation team in the Californian surf and the troubled Charlie Sheen facing the media.

Yes, they’re all celebrities, but that’s a factor common to all of the titles I looked at. What was different was that these were presented in “wide screen” – strutting their stuff across fully-bled DPSs.

The first of the three made an explosive opening spread for Heat (in which the Beckham ménage also appeared) and the third was in the Sunday Times Magazine which remains the most visually attractive of its species.

With its weekly Spectrum section, the Sunday Times Magazine’s dedication to photo-journalism can hardly be challenged but I fear that a solid block of eight pages appearing every week hardly produces a surprise factor and such a congestion of outstanding pictures robs any one of them of the impact it would achieve appearing in its own right in the body of the magazine.

Grazia and Look magazines had three fully-bled DPSs devoted to fashion and beauty but placed towards the back of the book and so hardly show-stoppers.

For the rest, there was no shortage of composite spreads, no less than 18 in 100 pages of Star and 15 in a 64pp Bella. But the result across the board tends to be flatplans of monotonous predictability – busy, busy combinations of similarly weighted words and cropped pictures in desperate need of the occasional big, bold DPS pictures to catch the eye and give a change of rhythm.

The curse of PR pics

Magazines are supposed to be fighting for their lives against websites which all too often suggest a roller-blind of bitty text and cramped images so how in this picture-driven world can print publishers afford not to claim the extra dimension that comes with outstanding photography lavishly displayed?

“Because we’re told we can’t afford it,” I hear from veteran picture editors, several of whom assured me their budgets were unchanged from the 1980s. A similar story comes from photographers. “Twenty years ago,” said one, “my standard rate was £150 a day and a plumber I knew was on £60 a day. Now he can make £300 a day and I’m still on £150 – and asked to shoot video, too.”

Whatever original photography takes place tends to be for fashion, beauty and lifestyle pages but even here it is becoming increasingly rare in face of the PR agencies of manufacturers and retailers being happy to make available a deluge of catwalk grabs, handout pix and product packshots. I counted no less than 63 such freebies in a single magazine. The model girl, in particular, must feel an endangered species since so much fashion is now presented as disembodied garments straight from the clothes rack.

Is this the way for print to demonstrate its greater quality and integrity in meeting the challenge of shoestring websites?

The visual riches of Hello!’s presentation captured all the glittering pageantry that paraded across our screens on what already seems a far-off day; sadly, the unexciting photography of too many of our magazines suggests the dustcart that trundles behind a Royal procession.

Time Out partners with Uber Eats 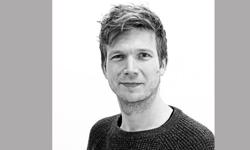 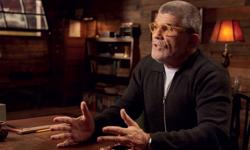 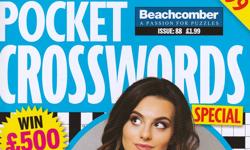 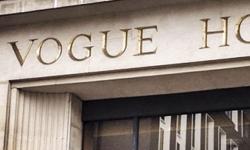