Innovative publishing organisations are adapting. They’re refusing to be overwhelmed by the erosion of their former bastions of revenue and are finding ways of reinventing and realigning their offerings to deliver exactly what their readers want, in exactly the way they want it. New business models are meeting fresh opportunities.

Maintaining advertising revenues is a pressing challenge for publishers facing a largely redefined landscape. Across advertisers’ own digital targeting strategies and the ever-exacting demands of connected audiences whose devices are also shaping their expectations, times are changing.

Charles Dickens knew a thing or two about the human condition. He might seem an unlikely source to quote in the context of an article about the challenges of the digital age. The opening of A Tale of Two Cities, however, neatly summarises the turbulent and challenging times that the publishing sector is experiencing:

In my role, I get to meet many visionary thinkers in the technology, media and telecoms worlds. We, as a bank, work with a wide cross-section of clients across these sectors, from mid-market businesses to major corporations, including industry leaders such as Centaur Media plc, Future plc, Informa plc and The Economist. This sort of contact base provides us with an insight into the success strategies of those who are able to align their services to the changing needs of their target audiences. And these are precisely the strategies that not only protect advertising revenue but, in many cases, help increase it. What’s the secret? What’s the common denominator?

It’s the Charles Dickens factor – seeing the infinite possibilities in the new world order rather than assuming all is lost and waiting for the guillotine blade to fall.

Strategies for the best of times

What is it that drives a winning strategy for building ad revenues when the format that has been so long responsible for them, printed matter itself, seems to be in decline? Content is accessible everywhere, from limitless varieties of online sources delivered to an impressively wide range of smart devices, which are getting smarter by the week. Readers know that they can get their news free online. If one provider starts charging for news, there’s a danger that those registered for daily news updates simply unsubscribe and log on elsewhere to continue with free access. As subscriber revenues fall in the light of digitisation, the imposition of a charge to a hitherto free service could potentially accelerate the decline. Monetising the digital channel is not about just charging for the service, it’s about delivering a tailored experience which readers perceive as having a true value.

New loyalists for a new age

In October 2012, Newsweek announced it is going digital only, from 2013. Tina Brown, editor-in-chief and founder of The Newsweek Daily Beast Company, said, “We must embrace the future”.

The decline in traditional advertising revenues should act as a spur to action for publishers to look for other ways to reverse the decline. Organisations that don’t react dynamically and innovatively are going to become statistics – looking back on this period as the ‘season of darkness’ rather than the ‘season of light’ that it is to those who embrace the future. Maybe it all sounds too easy to be true. After all, it doesn’t take a marketing genius to appreciate that delivering the right product at the right time at the right price and in the right way is a successful strategy. This, however, is a characteristic of the digital age. It is fast, it is instant and – given the big data universe that surrounds the digitised world – it is visible. As data analytics keep pace with both the quantity and the quality of data that networked interactions produce, so publishers can engage with audiences more deeply, delivering greater value propositions and securing new loyalists for a new age.

In both the Business-to-Business and Business-to-Consumer (B2B and B2C) spheres, publishers already have the creative networks in place that deliver stimulating content. They have the IT infrastructure in place – or access to it through the cloud – to deliver this content and also to employ these effective analytics practices to understand their audiences in greater depth. The key is to leverage these resources – demonstrating greater value both to their audiences - those who are prepared to pay for good specialist content, cleverly delivered – and also to their advertisers who want access to these audiences.

Publishing organisations are on the starting blocks, ready to take advantage of audience interests through a transformation in mind-set and a revitalisation of IT capabilities. Building true relationships with well-defined audiences – ‘special interest’ groups that take their information seriously – is the key to future success. It represents the way audiences expect to be treated. It generates respect and loyalty when smart audiences see such a strategy manifesting itself through the actions and interactions they know the digital world is able to present to them. ‘Special’ was once one of the most overworked words in marketing; who ever really believed that a special offer or even a very special invitation was anything more than an obvious incitement to purchase? Special now means something different. It means a service that’s delivered to a digital user that shows a response to his or her behaviour and that has been tailored for relevance; it means a valued interaction.

How do winning publishers approach their ‘special interest’ groups? In the context of this article, special interest doesn’t mean niche, it means focused and ‘focused’ when applied as a description of a user base can be highly lucrative.

The first group is the B2B audience; the world of the trade publication.

When it comes to engaging the audience, B2B publications often find themselves in an advantageous position since they are typically focused on a specific niche market which comes with an almost ready-made readership often made up of high value professional and commercial market communities. Such loyal and committed audiences are a compelling proposition for advertisers, especially if there are different ways and formats for them to get their message across to the right people, not only through traditional print media, but also online and via daily emails as well as at conferences and events. Take Datacenter Dynamics, a full service B2B information provider, for example. At the core of its overall value proposition is a unique series of events tailored to deliver knowledge and networking opportunities to datacentre owners and operators. The business also produces a global trade magazine and training, in addition to its conferences and events. The ‘secret’ of success is the creation of a relevant and immersive target audience experience.

Enriching the experience for ‘prosumers’

The second group is the ‘prosumer’; the customer who is focused on certain areas which might range from the most traditional of hobbies (cooking, gardening) to the most cutting edge of pursuits; the technology worlds abound with such sub-sections. These are people who follow the latest developments in every aspect of their interest. They are also often early adopters – individuals who must have the latest smartphone, for example, or the hottest mountain bike, or the newest chronometer, regardless of cost. They can also be dedicated lifestyle consumers who wish not only to stay abreast of the world of fashion, but will spend in order to prove they are one step ahead of it. Future plc has had a number of successes in targeting prosumers in areas such as photography, music, film and crafts.

Announcing its recent financial results, Future plc stated, “We are particularly pleased that the Group has established a powerful position at the centre of the tablet revolution. As technology giants such as Apple, Microsoft, Google and Amazon contend for market leadership, they will undoubtedly fuel demand for the tablet-friendly content in which Future excels. We also see further opportunity in the way Future has applied its unique tablet software skills to partner with other major content owners.”

The digital revolution is only bad news for the ad revenues of publishers who fail to create high-value, loyal audiences. With the audience in place, the advertisers will come. Forward-thinking publishers are therefore streamlining their portfolios to focus on their core markets, and investing in online and mobile offerings to keep pace with increasing reader demands. 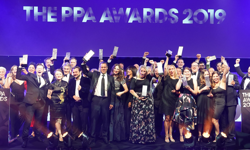 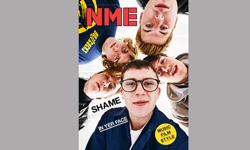 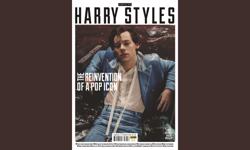 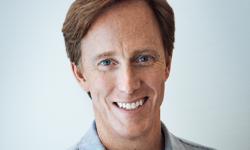 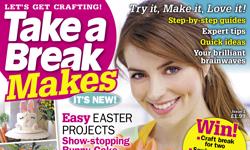 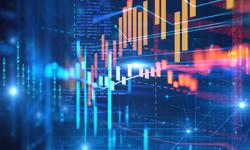 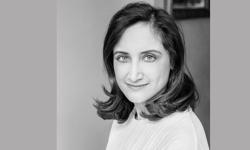