In a side-by-side analysis of publishers, it’s easy to identify the social champions when comparing those who highlight the voice of their lead editors versus those who push headlines.

The Chicago Tribune, a US newspaper, devised a persona for their brand that compliments but does not replace their primary Twitter feed. The persona is dubbed Colonel Tribune (@ColonelTribune) and boasts 86% more followers than its @ChicagoTribune counterpart.

The major difference? Their news feed satisfies those who prefer headlines, while the Colonel appeals to a bigger audience of social media users who like to connect directly, enjoy pithy jokes about the weather, and expect a response when they ask a serious question.

The data is clear and easy to apply to competing publications that have the same feed vs friend differentiation: social media users want you to be more social. Go figure!

There are social networks that let users share everything from minute-to-minute activities, to credit card spending habits, to photos, to travel itineraries. It’s no wonder that, like a reality show, feeding into everyone’s over-sharing narcissistic side can be a brilliant way to build an audience. Listening is the next best way.

The acronym “TL;DR” is the latest expression of an internet generation exhausted by too much (low quality) content. It means “Too Long; Didn’t Read” and you can typically find it written by blog commenters when they feel the author took too long to get to the point.

Further emphasising proof that our world has a shortened attention span, just look at Pinterest and Instagram, whose photo-centric social networks practically remove words completely and challenge the poster to make a statement quickly in a sea of competing images.

In a recent web traffic audit I conducted with two different magazine publishers, we found that their most popular posts and contests were in the form of photos. If you look at their Facebook pages, it looks almost like a Pinterest board, full of gorgeous, share-worthy photographs. The publishers simply paste their article links into the photo description field under a catchy headline, quote or excerpt. For better tracking of these links, they use a URL shortener. These posts quadruple the amount of clicks, comments and engagement they receive from plain-text and link posts.

Playing to the narcissistic side of social media, one equine publisher shared with me that their most successful social media campaign simply asked users to share photos of themselves with their horses. There was no monetary gain for the contest winner, just a chance to be featured on the magazine’s Facebook page.

Building a community of citizen journalists

Twitter has been called “the newsroom of the future” and studies show that more than 55% of journalists use Twitter and Facebook as a source of news, quotes and ideas.

During Hurricane Sandy, the storm that left most of New York City under water, TIME used Instagram to keep subscribers up to date. They lifted the veil of control by granting account access to five local photographers – one of which made the cover of the magazine that week. This single effort garnered them more than 12,000 new Instagram followers in just two days.

The Daily Mail, amongst most other newspapers, frequently uses tweets as sources for stories and even for story inspiration. Reporters use hashtags and social media search engines to search for happening news topics and literally excerpt people’s statements in quotes, often not even asking permission or using the original poster’s name.

In fact, news practically creates itself in an age where employees are fired for mis-tweets and you don’t need to follow a celebrity around like the paparazzi to know what they’re doing and whom they’re hanging out with.

Budget Travel created their 10th anniversary magazine completely made from user-generated content that was sourced directly from their subscribers. They didn’t claim that the issue was any cheaper or less stressful than other issues, but it did give them a chance to say thank-you to the loyal subscribers that have supported them. It also gave their newly published authors a huge reason to promote the magazine that month.

That’s why guest posting on your blog, even in your magazine, has such a great potential for success in a social media world. People don’t write content for privacy – they tend to share it like crazy and use their own networks to pass along your message.

Sometimes it’s just about creating content that users identify with so much, that they want to share it – and not just funny cat videos, either.

On Pinterest, the Wall Street Journal began creating images from short, strong quotes excerpted from their articles. The images link back to their original articles, thus driving web traffic from over eleven thousand followers subscribed to the board.

The Guardian has created a community pinboard that grants access to more than one hundred and fifty other newspapers who all collaborate to add important stories and scans of their front pages. They ask publishers to pin “in moderation” to appease spam-sensitive followers.

On headline-centric platforms like Twitter and Facebook, you’d be surprised at how many people will share or re-tweet an article or post without ever even clicking on it. That’s why it’s so important to write titles or headlines that grab your readers and give them enough information to make a decision about whether their followers / fans will find the content useful in a split second. Remember that attention span thing?

12 ways to turn customers into marketers through social media

There are two main buckets of people who you may be overlooking when you refer to your marketing campaign.

The first one is your employees, who can boost your social media exposure quickly by tweeting and sharing their own articles to a loyal following of readers who may not subscribe to the tweets and posts of your publication.

The second bucket contains your customers, your potential brand ambassadors, the folks who spend money with you because they already like you.

Word of mouth is the most powerful form of marketing, and if you can get your customers to genuinely and actively promote your publication and content, you’ll never run out of new eyes to please.

1. Test formulas: Re-tweets and shares are hard to come by, but it’s easy to figure out which ones your community responds to best. Spend some time swapping out tweet and post formulas. Try hashtags, adding a photo, or even a video. Swap out headlines for excerpts or quotes. Mix it up and figure out what types of posts they share the most.

2. Build a community: Create a like-minded community with similar goals. Use your Facebook page as a way to collaborate. Lead your community by asking fans to submit content you need, like photos, or ask questions to use as quotes.

3. Try tweet chats: Join or create a Tweet Chat, a Twitter conversation that revolves around a hashtag and is typically scheduled once a week at a designated day and time. #HBRchat is an example of a weekly chat by Harvard Business Review magazine, but you can also find knitting-related chats run by knitting magazines and news chats run by news organisations.

4. Test ads: If you’re serious, you can try out Facebook or Twitter’s cheap ad platforms. What’s great about these two is that you can define who you want to see the ads or promoted content, by what their interests and locations are.

5. Use the timeline literally. The Spectator populates their timeline all the way back to 1828 when the magazine was founded, and includes every new managing editor and political stance they had through the years as “milestones”. This creative effort is a great loyalty-building strategy.

6. Share behind the scenes: Use a Twitter app or Instagram to share photos from your on-location shoots, in the office, during interviews with celebrities and any other time where you can create buzz behind the scenes and personify your brand.

7. Encourage sharing: If you want people to re-tweet, ask them; then leave room for them to comment. Don’t be afraid to ask questions either, everyone has an opinion.

8. Use a 10:1 ratio on promotional tweets: For every ten helpful, interesting and fun tweets you post, you get to tweet one thing that promotes a product or subscription.

9. Be a friend: When you share something from another publication or writer, don’t forget to shout them out using their @ in your tweet. You never know, they may return the favour one day.

10. Keep it professional: Don’t mix business and pleasure unless you can keep your composure. Otherwise, keep personal conversations, swear words and off-topic rants to your personal account or offline completely.

11. Look for active conversations: Use Advanced Twitter Search or free services like InboxQ to find people asking questions that you can answer.

12. Host hangouts: Use Google+ to really put yourself in front of your customers. Use hangouts to create weekly or monthly chats where you can hold presentations or just have a free-form Q&A between subscribers and your editors.

Don’t forget the call to action

Now that you’ve assembled your marketing army on social media, it’s time to remember your goals. It may be tempting to be the fun publication all the time, but your end game is the same as it is on your website – to turn visitors into subscribers and paying customers. Keeping existing customers happy is equally as important, because it takes less work to keep a subscriber than to obtain a new one.

So, with that in mind, please remember to always give your customers an actionable objective. Every blog post you send them to should wrap up with some fine-tuned copywriting that gets the reader to interact with you through email, your sales collection form or subscribing to your updates through email, Twitter, Facebook, Pinterest, or wherever you interact the most.

You can’t turn every visitor into a subscriber, but using these strategies you can certainly get yourself in front of them so that they have an opportunity to make that decision for themselves. 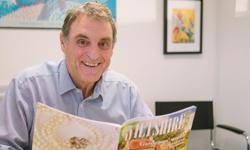 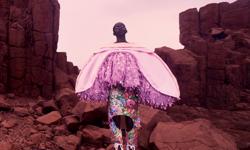 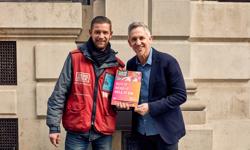 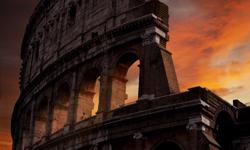 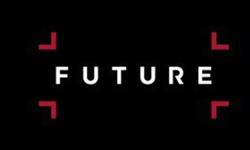 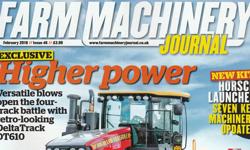 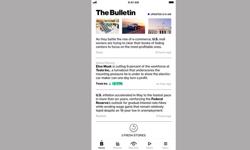 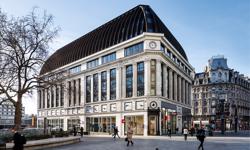