All journalists like a conspiracy theory, especially one about their own business.

There are those who will tell you darkly it was always the plan to replace the News of the World with a seven-day Sun operation.

Although News International is hardly likely to have chosen the huge cost and reputational damage caused by the hacking scandal as the catalyst for closing the News of the World in July 2011 and launching the Sun Sunday in February the following year.

Publishers argue it makes economic sense to run a paper over seven days as big savings can be made by not having a dedicated Sunday staff and standalone national Sundays are beginning to look like an endangered species.

When it closed, the paper had a staff of more than 130 and a reputation for big investigations which exposed scandal and set the tabloid news agenda for the coming week.

The Sun Sunday, backed by a big publicity campaign, launched on February 26 last year with a sale of 3.22 million copies. Sales gradually slipped to around 2 million and were down to 1.96 million for the six months to March.

This still made the Sun Sunday Britain’s biggest selling national Sunday paper, ahead of the Mail on Sunday which averaged 1.71 million and the Sunday Mirror which averaged 1.04 million over the same period.

The other Sunday pops had a window of opportunity after the News of the World closed and before the Sun Sunday launched. In the six months after the NoW closed, all its rivals put on sales. There were spectacular double digit year-on-year increases for the Daily Star Sunday (+95.93 per cent), the Sunday Mirror (+62.81 per cent) and the People (+59.48 per cent) compared to the six months in the previous year.

By this March – just over 12 months after the launch of Sun Sunday - they all suffered big year-on-year falls. The Daily Star Sunday was down 41.79 per cent, the Sunday People by 38.68 per cent and the Sunday Mirror by 34.54 per cent.

Total average national Sunday popular sales for the six months to the end of March 2013 were 4,083,019. Despite the launch of Sun Sunday, there is still a major sales gap left by the demise of the News of the World. In the last full month before it closed, ABC figures show that the total Sunday popular market averaged sales of 4,922,773 for the six months to June 2011. It means 839,754 readers have gone missing. Some of those will reflect a general decline in the buying of the Sunday pops, but it shows many ex-News of the World readers no longer buy a Sunday paper.

Editorially, the 60p priced Sun Sunday is a mixture of the daily Sun with elements of the old News of the World, plus lots of sport and the Fabulous colour magazine.

Some predicted Leveson and privacy injunctions had put paid to “kiss and tell” stories that were such a feature of the News of the World. But the Sun Sunday has splashed on Playboy model Carlo Howe telling of her affair with Manchester United footballer Patrice Evra and the paper also featured an exclusive: “Ashley Cole waited five months to bed me says bisexual nympho.”

In February, the News of the World’s “fake sheikh” Mazher Mahmood was back, joining the Sun Sunday from the Sunday Times. Famed for his undercover investigations, Mahmood made the splash with claims boxing champ Herbie Hide peddled drugs and was ready to throw a title fight for £1 million. The Fabulous magazine had a revamp in April with a new lifestyle section called Home & Away, new columnists and more beauty and showbiz content.

The News of the World was famous for attention grabbing headline classics like ‘Nudist welfare man’s model wife fell for the Chinese hypnotist from the Co-op bacon factory’. The Sun Sunday does not disappoint with ‘I found a dead bird in my Primark slippers’ and ‘I’ve bedded over 100 women… but I don’t have a penis’.

The new Sunday includes a big helping of politics. Former News of the World political editor David Wooding has the same position on the new Sunday and among politicians who have contributed articles are David Cameron on welfare, George Osborne on the economy and Ed Miliband on immigration. Guido Fawkes, aka blogger Paul Staines, writes a politics column and ex-Tory MP Louise Mensch has her own page.

The Sunday Sun looks to have had a smooth launch but it has come at a difficult time for the paper with the Leveson Inquiry putting the spotlight on popular journalism and many Sun staffers on bail after being arrested during police investigations into alleged phone hacking and bribery of officials.

Brian Flynn, investigations editor of the Sun, speaking at the ‘Journalism in the Dock’ debate at City University in March, said journalists were working in an environment where they were seeing their colleagues arrested and stories were now being turned away because the bribery law contained no public interest defence. He added: "The sad thing, it feels to me, is that people are seeing the chance to crackdown on journalists because there's no sympathy for journalists."

Professor Tim Crook, senior lecturer in communications at Goldsmiths, University of London, says: “I think the journalists working at the Sun have been heroic and incredibly professional. No other newspaper has been subject to the kind of pressures they are under, arrests and intimidation the like of which have not been experienced in modern British journalism.”

Crook claims of Rupert Murdoch: “If News International within News Corporation emerges without the News of the World but with the Sun and the Sun Sunday, and with the Times and what will probably end up as the Times on Sunday, this octogenarian maverick global media baron and his editorial apparatchiks will have commanded a miraculous survival course that is truly remarkable in media history.”

He says of the Sun Sunday: “I think it has won back a substantial proportion of News of the World readers and I suspect the News Corporation / Murdoch cunning is to graft and import aspects of News of the World content and attitude. I think it is already happening with Mazher Mahmood investigations returning to his Sunday tabloid home.”

Some ex-News of the World journalists argue their old paper had more firepower with its own staff and an incredible competiveness among their colleagues to nail the big stories. One said of the new Sunday: “It’s not the News of the World, it’s the Sun on Sunday, and Sunday isn’t the Sun’s biggest day of the week.”

As if to prove its power from beyond the grave, the News of the World was highlighted for its role in the downfall this year of Cabinet minister Chris Huhne. The NoW exposed his affair which led to the acrimonious break-up of Huhne’s marriage which ultimately led to his jailing over perverting the course of justice.

Stephen Glover noted in the Daily Mail: “It was this much abused Sunday red-top which exposed Chris Huhne's extra-marital affair with Carina Trimingham (he had campaigned during the 2010 election as a family man). Without it, we would never have known about Mr Huhne's perverting the course of justice, and he would still be bossing us about and telling us what to do. For all its sins, the News of the World did expose the financial and moral shenanigans of politicians.”

Of the Sunday newspaper sectors, the mass selling popular Sundays have faced the biggest struggle to hold on to readers. This is partly due to the change in lifestyle with a lot more ways for consumers to spend their time on Sundays, from shopping to going to sporting events, rather than settling down with a newspaper. The decline in the popular sector is shown by the way the Mail on Sunday, with a £1.50p cover price and technically a “mid-market” Sunday, is now the second best selling title in the Sunday market.

Murdoch does have a trick up his sleeve with News International agreeing a three-year deal with the Premier League to show highlight clips on the internet versions of the Sun, Times and Sunday Times from August.

After the hacking scandal and Leveson, the Sunday Sun was never going to be just the News of the World in new clothes. Professor Crook says: “The Sun on Sunday is more muted, more dignified, less clumsy and not the blundering blunderbuss of a tabloid prize-fighter that the News of the World certainly was and that was I suppose to its peril and downfall.”

The Sun Sunday will need to pack some of the punch of the old News of the World to hold sales at around 2 million, retain its title as the champ of the Sunday pops and keep the upstart Mail on Sunday at bay. 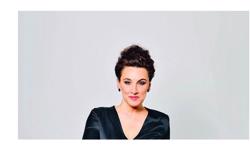 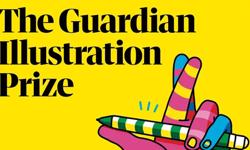 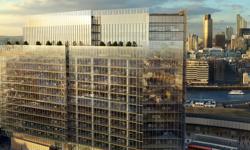 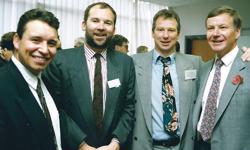 The Journal Relaunch – a trip down memory lane 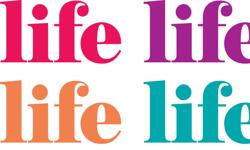 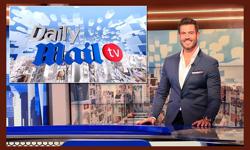