Richard Preston, Associate Editor of The Daily Telegraph, presented the three charities – The Abbeyfield Society, Masanga Mentor Ebola Initiative and Medical Detection Dogs – with their cheques, at an event held at The Ritz London on Thursday, 5th March.

A huge boost to the appeal came when Telegraph staff and columnists including Henry Winter, Emma Barnett and Gillian Reynolds took to the phones in December to take donation calls from readers. The phone-in day raised over £80,000 with Gift Aid and more than 860 calls were received.

Natasha Singarayer, Chief Executive, The Abbeyfield Society, said: “The Abbeyfield Society was delighted to be chosen as one of The Telegraph charities of the year and the generous support of readers means that we can continue to champion older people’s issues to ensure that they have a choice of how to live in later life, with the assurance of dignity and respect in supportive, community environments. The money raised through the appeal will be used to fund the ongoing work of The Abbeyfield Society including the development of a new state of the art dementia facility that is currently scheduled to open in 2016.”

Dr Edward Cole, Chairman of Masanga Hospital, the Masanga Mentor Ebola Initiative, said: “The doctors and nurses fighting Ebola in West Africa, where even the smallest mistake can kill, have one of the most dangerous jobs in the world. The Masanga Mentor Ebola Initiative exists to support them in their vital work. The generous contributions we’ve received from Telegraph readers will enable us to develop technologies that combine immersive learning, gaming techniques and clinical best practice, to train healthcare workers and affected communities in protecting themselves against the spread of disease and to build capacity in infection prevention and control as a sustainable legacy from this Ebola outbreak.”

Dr Claire Guest, CEO, Medical Detection Dogs, said: “Medical Detection Dogs are so excited about The Telegraph appeal and the amazing generosity of readers. We know our dogs make a difference. We can now train more dogs, help more people and save more lives. Thank you.” 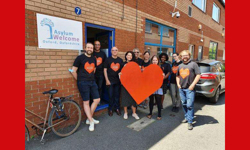 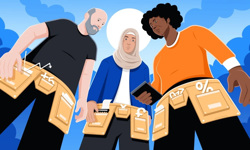