Made in Britain aims to give communities the opportunity to highlight the social issues they are facing today, with the series bringing together voices from across the country to share personal stories and challenges they are confronting in the fallout of the Covid-19 pandemic.

The first episode, which hears from people living in and around Doncaster, centres on three working-class women from different generations. Future episodes of Made in Britain will include stories from Bury, London, Edinburgh and Hartlepool, amongst others.

The films also seek to address issues around representation in the media, by exploring new ways of producing video journalism and collaborating with under-represented people and groups who want better involvement in how their stories are told. The series kicked off with a community call-out last year, and is rooted in the lived experience of people, actively involving these voices in the production, says the Guardian.

John Domokos, senior video producer, Guardian News & Media, said: “Made in Britain has been a really deep, challenging and fascinating journey so far. I strongly believe in this collaborative process, and that by involving under-represented people, and those with lived experience we can produce better, more authentic films. I am very grateful and inspired by those we have worked with so far to tell these stories, and hope that Made in Britain connects with viewers and opens up a new conversation about what communities need and how their stories are told.”

Charlie Phillips, head of video, Guardian News & Media, said: “At the Guardian, we always strive to create impactful journalism that resonates. Made in Britain focuses on local communities telling their own stories, bringing together deeply personal perspectives to create a compelling and insightful video series that should stand as a record of the UK in 2021 for years to come.”

Lindsay Poulton, head of documentaries, Guardian News & Media, said: “The Made in Britain project has galvanised a range of community groups in the power of collective storytelling. I have been inspired by the stories of activism, creativity and hope, even in these difficult times. I hope that Made in Britain engages us all in a conversation about how journalism can be most relevant to the people it's speaking with and for.”

Made in Britain builds on the Guardian's history of narrative video journalism; including John Domokos’ 2018 documentary series Made in Stoke-on-Trent, which took a deeper look at one city to challenge society's preconceptions of place, and John Domokos and John Harris’s series exploring politics through the voices of ordinary people, and not just politicians, Anywhere but Westminster.

Made in Britain is part-funded by the Joseph Rowntree Foundation and Paul Hamlyn Foundation. The series is co-produced in collaboration with organisations across the UK, including Unlimited Potential, Northern Film + Media’s Tees Valley Screen and Screen Education Edinburgh, helping to train and equip local filmmakers to tell their community’s story.

Future episodes of Made in Britain will be released on the Guardian throughout the year. 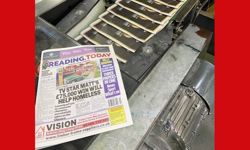 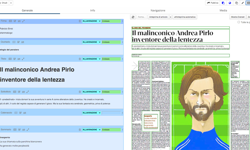