Things are still tough, but many are beginning to see a way through, rather than clutching at spin-off straws. There is light at the end of the tunnel.

Enders Analysis set out the situation well at the BSME’s Year Ahead event in January. Magazines got the digital revolution all wrong back in the 1990s, they argued, when ‘build scale in digital’ became the mantra, and have been hopelessly chasing the mirage ever since.

Between 2015 and 2018, the time spent reading magazines online doubled. But it’s still peanuts compared to the time people spend on social media and other digital platforms. Magazines designed an odd set of metrics on which they could never really hope to compete and it was never going to work.

Online advertising is mainly direct response, like classified advertising, which is measured against short term metrics, the research company argued, and where magazines are at their weakest. Digital advertising has grown, said Enders, but it’s an almost perfect cannibalisation of print advertising.

Magazines were even strangely reluctant to make users register. Digital success stories have no such reticence – you can’t even use platforms like Facebook without logging in.

Now these digital success stories are beginning to view print as an attractive way to pull people in through, in marketing terms, the top of the funnel. Facebook, Amazon and others are investing in print. I have seen pureplay digital technology publications also launching into print. While consumer magazines run competitions for bloggers offering, as the prize, guess what? The opportunity to appear in print. “Print is not going to disappear,” was the message from Enders, “it will always be a sexy outlet.” And now is the time for magazines.

People don’t have mere interests, hobbies or even careers anymore. They have passions. The ‘passion economy’ is booming and magazines are the expressions of passions par excellence. Passions from fishing to football, from food to travel, or from nursing to my own magazine’s area of engineering, are the stuff of magazine brands.

People still like a good magazine but it’s no longer just a purchase for something to do on a long train journey. At the PPA Festival in May, Dame Frances Cairncross summed it up nicely: “It used to be that when you were waiting for something, you would have a newspaper and you’d read the news. Now there’s many other things you can do. Now everyone can play a horrible little game instead.”

The ‘passion economy’ is booming and magazines are the expressions of passions par excellence.

The way people consume magazines is changing. They are beginning to make time for magazines, a digital detox away from the screen.

There are loads of launches right now. They may not be shooting for mass market penetration; they are more niche and specialist – often bizarre in fact – but they are launches by publisher-editors who are trying to turn their own interests or obsessions into magazine brands simply, and most of all, because they want to share their own passions with an audience.

Fake news is good news for magazines. The news and current affairs sector has been booming. But it could go beyond that. The public trusts physical formats more than digital: 70% trust print versus 30% for social media, we heard at the BSME event.

Magazines are working out what readers will pay for too and the answers are sometimes surprising them. Subscriptions are growing all over the place, for physical, digital or the full set in a complete ‘brand experience’. I also keep hearing this year how it’s a myth young people won’t pay for things online and expect it all free. They are quite used to the idea of paying for a digital service; after all, they have grown up with Netflix and in-game purchases. I am assured it’s actually my generation that expect it all for free.

Neither do kids have a hang up over whether they are reading in digital or print magazine or a book or whatever, was one point to come out of the PPA Festival’s panel session. It’s just not an issue to them. Look at the success of The Week Junior. And to digital natives, print is an exotic, fascinating medium that you can cherish and have fun with in new ways. Not wholly unlike vinyl records compared to music downloads.

Long held assumptions about what magazines have to do to compete are falling away. What on earth were we thinking? Hindsight is a wonderful thing of course but it turns out you don’t necessarily have to give it all away for nothing. You may not have to be so shy about asking readers or viewers to register. And you don’t have to be totally dependent on advertising.

Magazines are beginning to feel once again that perhaps, after all, what they do might actually be something that people really do want – and enough to shell out money for. The most loyal readers may even go further than that, buying into live events, exclusive clubs and premium products to get even more of the brand that resonates so strongly with them.

Magazines are looking at a new, bolder approach. It isn’t going to be the same for everyone. Those magazines offering stories easily obtained online for free, from product launches in the trade press to celebrity gossip in the weeklies, will have to evolve in different ways. Brands that are more concerned with utility than interest will probably find a better all-digital route or, more likely, already have. But now, thanks to passionate readers, things are looking better for passionate magazines and their passionate editors. 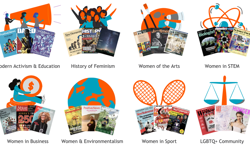