Digital media is something many in publishing found themselves forced to adapt to. However for Tom Bureau, chief executive of Immediate Media Co which was formed in November 2011 from the combined interests of BBC Magazines, Origin Publishing and cross-media publisher and platform provider Magicalia, digital is central to his company's DNA.

"Not so long ago, I was building a digital business at a time when digital was not de rigueur and was a hard sell as a medium", he recalls. He is referring to the years he spent in the late nineties and early noughties as co-founder and CEO of Silicon Media Group and then, following the acquisition of its technology news website, silicon.com, by online media publisher CNET Networks, his time as Group MD and Vice President of CNET Networks UK.

"Now, things have moved on. New media has been replaced by a single concept: media. Different platforms play different roles for different brands depending on their particular market. And the question of which (content) brands can and should evolve, how the concept of renewal or re-birth will differ by brand - makes what portfolio to build, and how, an interesting challenge."

We are talking almost a year and a month to the day since Immediate Media Co's formation by Exponent, the private equity company that acquired BBC Worldwide's magazines for £121m in August 2011, through the bringing together of Exponent-owned Magicalia - which Bureau joined in 2008 as CEO - and Bristol-based specialist publisher Origin, with titles including 220 Triathlon and Perfect Wedding.

Today, Immediate Media Co publishes 34 websites and 50 magazines - including Radio Times, Gardeners' World, Good Food and Top Gear as well as specialist titles such as Focus, The World of Cross Stitching and Junior. Its digital brands include MadeForMums.com, loveyourhair.com and Visordown.com. But a combined brand reach of more than 11 million and an annual revenue of £150m were only part of the rationale behind the deal.

"We have a very strong subscriptions business with close to 1.1m subscribers developed over the past ten years under Peter Phippen (former BBC Magazines MD, now Immediate Media Co deputy chairman). This was one of the key attractions for us when putting this deal together - the deep engagement the brands enjoy with their audience, and their audience loyalty," Bureau explains.

"It makes you less exposed to newsstand and advertising fluctuations - our revenue mix is more equally split than that of many of our rivals. Moving forward, the big question is: how to grow this subscription base and develop the relationship we have with our subscribers further. Our vision is for an enterprise business selling more things to more subscribers using CRM and DM - magazines, digital products and other products and services, too."

To achieve this, Bureau is working to build "the right mix of growth and product performance to have a sustainable business which will be a blueprint for a successful, 21st century media business".

It's a bold ambition. And it's hard to argue against Immediate Media Co's inherited strengths: the solid portfolio of special interest magazines - many of which are market leader in their category, its loyal customers, and a combined readership of which 75-80% are in the more affluent AB1 demographic group. But what else can and will Bureau and his team need over and beyond an inherited legacy?

For starters, "a clear destination", according to Bureau as we tour the company's London base just off Hammersmith Road. Home to 600 of the company's 800 staff (the remainder are in Bristol), the building is light, bright and communal with, at its heart, an open plan canteen area, communal theatre space and transparent-walled board room.

"Merging organisations is always a challenge and to succeed, you need a clear idea of what you want to do and the respective roles of different sets of staff. We're on our way, there's still a way to go, but the key is ensuring we evolve into a new, single culture rather than allow one former culture to dominate," he says.

"It's all about openness and clarity and we have designed our offices to encourage people to mix and talk and share to create the collaborative, joined-up approach the new business needs. We're moving to a place where things must work together more collaboratively and your ability to ensure this is fast becoming a competitive advantage."

Product Development & Strategy is headed by Tony Macklin who joined in July 2012 from Ancestry.com in San Francisco where he was VP Product.

"We felt it important to have someone with digital pure play background in product development given the flair people of this background bring in terms of fast, nimble, rapid iteration experience," Bureau says. This isn't about digital replacing print, he quickly adds. Rather, it is about the value of a digital approach to publishing in a 21st century media landscape.

No retreat from print

"As everyone knows, it's a really tough market. But our ABCs for the past two years have been pretty flat - marginally down, but that constitutes serious over-performance in the current climate. Magazines are by far and away our biggest revenue stream and will be for some time to come - this is certainly not a burning platform," he explains.

So, while in 2012, the company invested in a number of high profile digital launches - including interactive iPad apps for Top Gear, CBeebies Magazine and Good Food magazine - it has also invested in print where print remains that particular market's focus. For example, it invested in both content and marketing for Radio Times' London 2012 special which sold more than one million copies. Then, in December, it brought out a bumper 249 page Christmas 2012 issue supported by a 2.5m print run and TV ad campaign.

"Our emphasis is on the quality of content and our audience; only then comes the question: which platform? Within the overall marketplace we serve, print remains a strong business. But this varies between different brands and their respective marketplaces - parenting, for example, is a highly digital marketplace; Radio Times less so," Bureau explains.

"We want to move from the magazine-company-with-digital model to a content business which has equal competency in magazines, web publishing, tablets and e-commerce. The critical question is how to give the consumer the right content at the right time on the right platform. Understanding the opportunity around print and digital - whether to bundle subs or market them separately - is something taking up a lot of our thinking time right now."

He adds: "We're building the right product proposition and we believe we now have the right structure to function with sufficient flexibility to be nimble enough to thrive in a multi-platform environment."

What the digital world - and a digital mindset - does well is rapid innovation, Bureau adds: "It's a 24/7 cycle. There is on-going test, build, learn using short, agile methodologies to develop products quickly and built into your culture is the expectation that you move fast. Magazines haven't changed much in form in decades until very recently."

Exploiting the proliferation of opportunities now available is all about understanding this bigger picture and what audiences want within it, and moving fast. To achieve this, the company is now building a user testing centre in-house to strengthen its ability to understand customer behaviour - both for product development and further developing company culture. It's all about embedding a digital approach within the heart of the business, rather than simply buying it in.

Success in a digital world is also about technological infrastructure, of course - another area where Bureau believes Immediate Media Co is well-positioned. The e-commerce platform it uses was developed by Magicalia and all of Immediate Media Co's content brands have now migrated to it.

"Our content and transactional platforms have been built on the same core infrastructure making the two closely compatible. There is high innovation potential at low investment as the infrastructure we have is modular and already in place," he claims. "The Magicalia legacy means the company is well-positioned to strike a balance between the right level of innovation within the business at the right cost - a key challenge for all publishers."

Further fruits of the business Bureau and his team at Immediate Media Co are building will come in 2013 when a number of e-commerce products and services will be introduced. Due for imminent launch is a Radio Times travel service. Similar propositions will soon follow for the company's gardening and weddings / honeymoons audiences.

Looking back, it's hard to dispute that Immediate Media Co has had a good first year. Across the portfolio, Bureau says that digital display advertising is up 20% year-on-year - twice the industry average - while traditional display is down 5%, less than the norm. Meanwhile, since launching its titles on Apple Newsstand back in March, the company's digital subscriptions revenue has grown by 10% month-on-month. Small wonder, then, that in west London at least, the outlook seems bright.

"Many out there look back and see the past 20 or 30 years as the glory days," Bureau observes. "We say, if you can crack the code of creating a sustainable business with the right mix of products and the right platforms, everyone will win - staff and customers, alike, as we face the future not with fear but with excitement.

"Time will tell if I’m a sorry idealist," he adds. "But a digital background frees your perspective on the art of the possible." 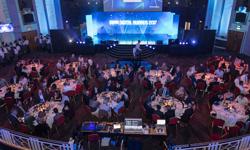 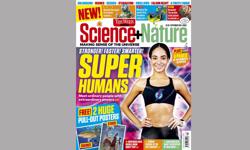