This is the first time the local media owner has brought an ice rink to the city, with Norwich International Airport as the headline sponsor.

The 70-person Norwich Ice Rink will be open to the public from December 6 until January 2 in Norwich Castle Mall Gardens, set to the backdrop of Norwich castle. It is aimed at the local Norfolk community, with three target audiences: families, groups of friends and couples in the local area.

The ice rink is supported by a multi-platform campaign, which lasts until the end of the event on January 2, and will run across lead brands the Eastern Daily Press and Norwich Evening News, as well as print and online advertisements running across titles such as the Norwich Advertiser, North Norfolk News and Great Yarmouth Mercury, and television advertisements running on Mustard TV. Archant has created a microsite for the ice rink, of which Norwich International Airport is a sponsor. The airport’s logo will also be incorporated in all Archant branding both at the rink itself and in all advertisements.

Craig Nayman, Chief Commercial Officer, Archant, said: “We are delighted to announce the launch of the Norwich Ice Rink in partnership with the EDP and NEN and Norwich International Airport. It’s further evidence of how we act as a catalyst between connecting a local brand to local people.” 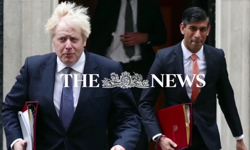