Among titles to publish a separate newspaper in addition to their usual editions include the Bradford Telegraph & Argus and the York Press, as well as The Northern Echo which published a special 112- page commemorative edition. The paper tells how the Echo announced the armistice, how the North-East reacted, and how tragedy followed with the Spanish flu pandemic.

News teams from across Hampshire, Dorset, Wiltshire and the Isle of Wight also joined forces to put together a 96-page standalone publication containing national and local stories from the frontline as well as the impact the war had on their local communities at home.

The Newsquest Cumbria team produced a bumper 176-page special The Great War, Cumbria's Heroes - Lest We Forget featuring stories of brave servicemen and women and an A-Z roll of honour of all those who served from across Cumbria. The special edition was sponsored by Cumbria firm James Cropper who manufacture the paper for The Royal British Legion Remembrance Poppies across the UK.

The South Wales Argus produced a supplement written by members of the Gwent Branch of the Western Front Association, while the Herald on Sunday in Scotland will be a special Armistice edition and feature four pages of in memoriam notices for those who lost loved ones in the war.

Other Newsquest titles which produced souvenir editions for the 100th anniversary of the First World War Armistice were the Echo in Essex, Colchester Gazette, Bolton News, Lancashire Telegraph and The Leader. A percentage of the proceeds of many of the souvenir editions will go to military charities such as the Royal British Legion.

Newsquest Editorial Development Director, Toby Granville said: “It’s unlikely there’s a single community that we serve with our news brands that hasn’t been affected by the loss of friends and family in the First World War - and we are glad we are able to recognise that sacrifice with these special editions and a portion of the profits from them going to military charities.” 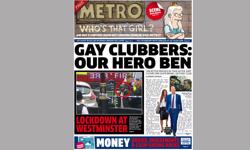 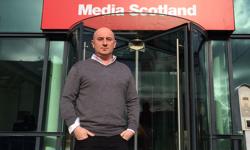 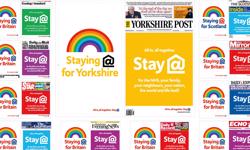 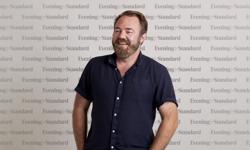