What’s it about: The granddaddy (grandmummy?) of celebrity magazines launched in the UK in 1988, as a sister publication to the Spanish weekly magazine ¡HOLA! which has been around since 1944.

Cover: X-refs to six inside stories, five with pix - all of women. Wordy cover lines and bar code guff in the middle of the page.

Content: Clear, easy to find contents page (p6). Wide spread of celebs - Declan Donnelly, Prince Harry, Jennifer Lawrence - and a ten page main feature about the Duke and Duchess of Blacas D'Aups (who??) as they 'show us around their magnificent French home'. Indeed a strange choice, compounded by the decision not to promo it on the cover.

Sumptuous pictures, but clunky design that has never changed from issue one, aligned to the distinctive Futura extra bold extra condensed headline typeface.

What they say: Joint editor (what's that all about?) Rosie Nixon talking to the Guardian in May 2013: "Hello! was groundbreaking in 1988, when it created the brand new celebrity sector of weekly publishing – and today our steady, continued popularity is testament to our position in the fabric of Britain's popular culture."

And in a Gorkana interview: "We are very fortunate to have readers that span in age from 18-80 and there is something in the magazine for all of them. Our core readership is 30-to-40-year-old metropolitan women who juggle their careers with a busy family life and have cash to spend."

Verdict: Looks and feels old fashioned, but who cares? While the much lampooned ingratiating writing style sometimes reads like it's going up its own wotsit, it is a well constructed product with plenty for the celeb hunter on a slightly higher plane.

What’s it about: ‘First for celebrity news’ - tagline under masthead. Launched in 1993 to cash in on some of the success of Hello!

Content: Six page cover story is a Question and Answer with Ms Sykes (qv Lazy Journalism), followed by two more I’m A Celeb Q and As. All the usual suspects displayed in all their glory.

Digital: okmagazine.com wants me to 'download this week’s issue of OK! for only 99 cents’, so guess I've stumbled stateside.

But don't go to okmagazine.co.uk which will send you tumbling off to buy a subscription, or do shopping at Argos.

Instead try www.ok.co.uk which is rather prosaic but gets the job done with words and pix. Minimal advertising and interaction. 488,000 Twitter followers.

What they say: “OK! has half a million more readers than Hello (sic) every week,” from blurb on page 5.

Richard Desmond, proprietor of OK! interviewed by Management Today in 2010: “The fact is, my editors and senior people have been with me a long time. This is a private company - there's no Big Brother watching over us, there's nobody I can turn to for a rights issue. When OK! was failing between 1993 and 1996 and we lost £20m, that was everything I had in the world. I could see the house going. I wanted Michael Jackson's baby's pictures. He wouldn't sell. I offered $1m, then $1.5m. I had a banker's draft sent to him in LA for $2.1m and I got it. That was my money. It was one of the turning points for OK!.”

Editor in Chief Kirsty Tyler (@kirstytyler1) on Twitter: Did anyone else clock Simon saying 'shit' when Dermot said Paul Akister was through? #XFactor#

Verdict: Successfully muscled in on Hello! and now has its own following. Not as stylish as its original rival but not as tawdry as the arrivistes.

What’s it about: ‘The Cheapest and the Best’ tagline – maybe not strictly accurate on at least one count.

Cover: Five pictures, mainly of women, but no dominant image; ten cover lines that are again small and rather lacking in oomph.

Content: “Feel-good weekly Reveal gets behind idle chatter and concentrates on what young women are really interested in: celebrities and showbiz, high-street fashion and real life stories,” says the idle chatter on publisher Hearst’s website.

No real contents page, just some picture x-refs on page 4. Picture driven throughout with words filling in the spaces. Some neat features like Fashionista; “She’s bitching her way round town bringing you what’s hot and what’s really not!”

Digital: ‘Talking to you, not at you’, says the tagline hidden among the ads on www.reveal.co.uk which is more like the O2 homepage. A rather miserable 86,741 Twitter followers.

What they say: “I would like to make it quite clear that Reveal Magazine never has and never will support the idea that anorexia is a desirable goal… I am sorry if our cover has unintentionally offended anybody and guarantee that we will continue to be a publication that supports women of all shapes and sizes,” editor Jane Ennis’s response to disquiet over the July 2014 ‘Thinspiration’ cover story.

Verdict: Telling they use the word 'cheap’ on the cover. 'Nuff said.

What’s it about: Doesn’t say, but guess the cover says it all.

Digital: (www.closeronline.co.uk) Much less frenetic looking than the mag. Showbiz, real life and news plus a neat homage to BuzzFeed with Top 10 ‘Trending’ which seem neither trendy - Top tips to battle Seasonal Affective Disorder – nor on trend: Winterproof your beauty regime. Paltry 67,200 Twitter followers shows where multimedia fits in (not).

What they say: Editor Lisa Burrow on Twitter (@Lisa_CloserMag) "Press day @CloserOnline = large pile of chocolate on my desk, copious cups of tea & a lot of running around the office. How's your day looking?"

Mission Statement: "All Closer readers have one major thing in common – the focus of their lives is their relationships. Our reader’s partner, friends and family mean the world to her and ultimately she knows that this is where happiness lies. All the money in the world can’t make up for a cheating husband, a sick mother or a depressed friend, which is why she loves to read that celebs have problems too etc etc…”

Verdict: If you're interested in the ins and outs or ons and offs of the celebrity world as manipulated by the PR profession, get ready now with your £1 (£1.50).

What’s it about: “This week’s hottest celebrity news” - tagline over masthead.

* #spotted – “Tweet us with your sightings of a celeb”

Gossip, the week in pictures, dreary Q and A interview (with Olly Murs): “Q: Have you met her [Taylor Swift] before? A: No, I haven’t.”

What they say: Editor Jeremy Mark on twitter (@jeremymark7): “Still not excited by tonight's #xfactor”.

heat Publisher Nicky Holt in a Bauer media press release in October 2012: “Jeremy [Mark] has a real talent for spotting what and who is hot right now and really understands what excites and entertains heat readers. He is widely respected among the team for combining creative flair with a meticulous attention to detail.”

Verdict: Looks and feels comfortable with its own approach. Much more modern and multimedia than its rivals. A fun read. 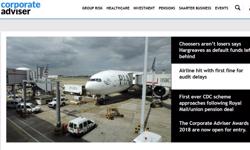 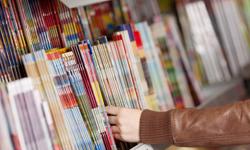 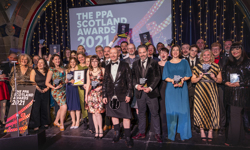 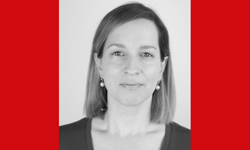 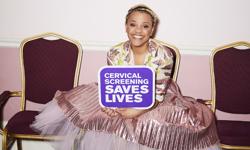 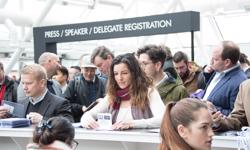 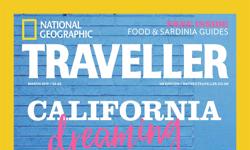