Over the past decade or so, I've concluded that the way I strive to grow my businesses is almost the polar opposite of how I behave in my personal life. This paradox is most evident in my attitude to change. In business, I'm no sooner finished on a re-vamp, a re-launch or admiring the results of a new venture launched on a new technology platform, before I'm thinking about the next evolution. I've just changed something, in many cases significantly, and I'm already buzzing with concepts as to how it can be changed again. I'm not talking about minor surgery either. I'm talking full on, invasive, gender altering modifications of tangible significance.

The good people with whom I work find this trait understandably disconcerting. The irony here lies in the fact that, should any one of those same people make the cataclysmic error of offering me a cup of tea in any vessel other than 'my mug', a piece of crockery to which I have become so attached it's had the super-glue treatment no less than five times in its 15-year lifespan and was once, I'm less than ashamed to admit, retrieved from the bin – by me – on the occasion when a well meaning individual made a bold attempt to instigate an earthenware intervention on my behalf, they would be greeted with the wholly unedifying sight of a grown man pouting, tutting and being entirely incapable of simply drinking the beverage he'd been given from a different mug.

The nature of change

Some of the world's most noted thinkers and doers have contrasting views on the role change plays in our lives. Me, well I subscribe to the Jack Welch (former CEO of General Electric) school of thought; “change before you have to”. In fact, I have those five little words etched in my mind most days when I'm working. They help to justify my actions when I begin any conversation starting with the words; “You know, I think we should think about what to do with…”, which is understood perfectly within our organisation as not very well disguised code for, “let's change something”.

If Charles Darwin himself offers wisdom in the form of; “It is not the strongest of the species that survive, nor the most intelligent, but the one most responsive to change”, then who could possibly argue that change isn’t a good thing?

Well, when it comes to how people (customers / readers) react to our well intentioned changes, Andy Warhol was probably not far off the mark when he observed; “When people are ready to, they change. They never do it before then, and sometimes they die before they get around to it. You can't make them change if they don't want to, just like when they do want to, you can't stop them.”

So if we all accept the need to change is inherent in how businesses and humans evolve and then throw that truism in to the melting pot alongside the reality that there are many, many people who are stoically resistant to changes thrust upon them, how do we, as publishers, ensure we tread the fine line between giving our readers what they want via platforms with which they are comfortable and familiar, whilst ensuring that we don't suddenly find ourselves bringing up the rear in a technology arms race, the pace of which appears to rise exponentially each day?

Should you ask your customers?

If you subscribe to Steve Jobs' view of the world, you shouldn't really ask customers what they want. Henry Ford gave credence to this line of thinking when he said; “If I had asked people what they wanted, they would have asked for a faster horse.” The views and actions of both of these industrial titans can hardly be dismissed. But I think it's quite sensible to acknowledge that Jobs and Ford were both proper, bona fide geniuses for whom seeing the future was second nature. To approach change by attempting to emulate Jobs or Ford is a noble and worthy endeavour, but it's also fraught with danger if there is a lack of a real, certifiable, soothsaying genius involved in the process. According to my research, less than 2.3% of the world's population falls into the technical category of being a genius. Hmmm. Tricky.

Talking of Steve Jobs, it was revealed in the excellent biography, published in 2011, that the iconic head of Apple had a personal beef with Adobe, the firm behind software such as Photoshop and the visual web platform previously known as Macromedia Flash. It came as a surprise to few who knew Jobs that he would be steadfast in his refusal to allow his beloved Apple iPad tablet to support Flash based content. He stuck to his guns and, eventually, somewhat inevitably, the announcement was made by Adobe that mobile Flash would be put out to pasture. What's that, Jobs seeing the future again? In his now famous essay, explaining why Apple wouldn't be supporting Flash, Jobs opined; "Flash was created during the PC era – for PCs and mice… But the mobile era is about low power devices, touch interfaces and open web standards – all areas where Flash falls short."

Who am I to argue with a certifiable genius like Jobs? Oh yes. I'm the guy who put nearly all his eggs in the Flash basket when choosing the best platform for our digital magazine. Doh!

Change before you have to.

There they are again. Those five little words, gnawing away, reminding us that change is on its way whether we like it or not, so we had not only better get used to the idea but find a business model that can embrace and profit from this inevitability.

Some practicalities we had to consider when evaluating the best way to transition our digital magazine from a mainly Flash based reading experience to an alternative environment. I was half tempted to say 'sustainable' environment but there lies the folly of misplaced thinking in the digital age. If we get too comfortable with the idea that we have finally found the 'right' platform, the right technology or the right digital delivery strategy, we can be lulled in to thinking that we've cracked it. In our minds, we can fall into the trap of believing we have an arbitrary time period for which this new technology will serve us well. After all, we spent a load of cash on it, so surely the least we can expect is to get a few years out of it, right? Not quite.

Technology should facilitate a means to an end, not become an end to a means. Just because we have the world's greatest CRM system doesn't mean we'll suddenly be rolling in cash unless it's paired up with the world's greatest sales people selling a product that people actually want to buy. I come from a background of working gundogs (in a former life, I was a dog trainer). It was a view etched into my psyche very early on that form should follow function, not the other way round. NEVER the other way round. What use is a Ferrari chassis with the engine of a Robin Reliant? It might look great but problems lurk around every corner. It's true of dogs and it's true of technology. Form should follow function. With this in mind, we ask ourselves – what IS the function?

IWAPS. That's what it is.

It's Words And Pictures Stupid.

1. It is a digital magazine, so it should look and feel like a magazine.

2. Form follows function, so if too much emphasis is placed on how it looks to the detriment of how it works, readers won't be happy. Do we really NEED page-flip technology? Really?

4. It should retain the qualities of the magazine brand we have worked hard to establish over the past eleven years.

5. It should be suitably impressive enough for advertisers to want to include their messages within its content, but not necessarily in the traditional print format of quarter, half and full page display ads.

Our prayers were answered, quite succinctly, by HTML5.

As the name would suggest, HTML5 is the fifth revision of hypertext markup language, the code that underpins web based content. HTML5 offers us the ability to achieve all five of our key considerations when transitioning from Flash and, fortunately, it is ubiquitous enough to give us the complete confidence that our readers will not be bombarding us with questions such as, “Does it work on an iPad?”, “Can I view it on an Android phone?”, “Will I be able to read it on my laptop?”

Our reader surveys have shown us one thing conclusively and it is, to my mind, quite an interesting observation about our particular audience. They do not want apps. They do not want to download things. They want what they are already familiar with, namely the ability to read articles, watch videos and enjoy long or short content via their normal web browser. Their 'normal' web browser, of course, could be anything. It could be Internet Explorer, Firefox, Chrome or a tablet / mobile browser.

In the past, we have chewed over the options of whether to develop aggressively for the Apple app marketplace, whether to invest more in Android and then spanners get thrown in to the works when other devices (such as the Kindle) enter the fray. We have pored through reams of data asking questions such as, which platform is likely to grow the fastest? Which platform might go the way of Flash? Which devices are our readers using? Ultimately, we had to accept that we don't have a Steve Jobs or Henry Ford in our business. We do however have someone who enjoys the process of change, regardless of how rapidly it may need to be implemented and someone who understands that for a Greyhound to be able to run fast, it can't be designed in the same way as an Old English Sheepdog.

Form does indeed follow function and HTML5, by no means a 'new' technology, does offer a basis for us to supply our readers with words and pictures across multiple browsers and platforms, with a design style that is every bit as visually accommodating as Flash in a format that our advertisers benefit from. I'm absolutely certain of one thing though. In the really not-too-distant future, encouraging you to embrace HTML5 will read much the same as a glowing endorsement for Betamax videos or the Sony Minidisc. Not because the technology is flawed but because the one thing we can all accurately predict is that right now someone, somewhere is making something better. It will arrive and we should all be prepared to work out how we can use it best to deliver our words and pictures to our readers.

Perhaps the perfect approach to change, comes from the legendary German car giant, Porsche. Their iconic 911 model is often the butt of teasing from those who observe that it has not changed at all since it was first conceived in 1963. The custodians of the 911 have a saying that translates as; “The same, but better”. That is the brief given to the designers and engineers who bear the responsibility of producing each new iteration of the Porsche 911. They have to make it the same as it always was, but better. A perfect philosophy for innovative publishers. Technology is the means, not the end. 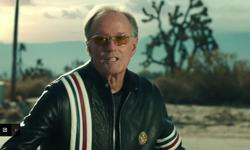 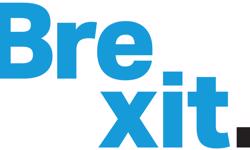 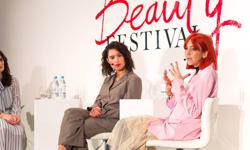 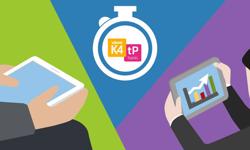 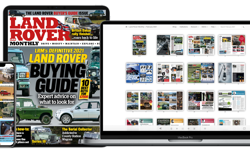 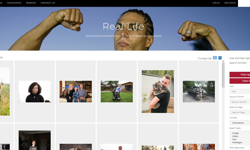 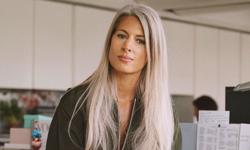 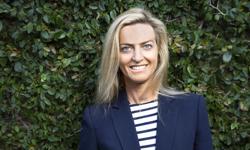