It is an exciting time for Hearst Magazines UK. The publisher of Cosmopolitan and Good Housekeeping is about to move to a new, bespoke HQ in London’s West End, and has recently acquired a new president and chief executive officer, James Wildman, who has pledged to grow existing brands and encourage innovation.

Cue Betsy Fast, the new executive director of digital editorial strategy for Hearst Digital Media in the UK, who has been brought on board to promote editorial excellence and grow the digital audience across thirteen of Hearst UK’s websites, including Cosmopolitan, Elle, Digital Spy and Esquire.

I meet her just seven days after she has arrived in the UK from the US, where she led Hearst’s partnership with broadcaster A&E Networks and before that, spent four years as site director of seventeen.com, which under her leadership, grew its traffic to four million unique monthly users and occupied the number one spot in ComScore’s teen category.

Her first impressions are good. “I think we have such great talent, such great brands that the sky is the limit,” she enthuses. But she believes UK media can learn some important lessons from the US. “I’m seven days in, so I’m very new to the media scene here. I know that we are growing exponentially, that we have a huge social media presence. Coming from Hearst in the States, I can say honestly that we’re a little behind here. But I see that only as such an exciting and huge opportunity.”

She plans to drive audience growth by improving the search engine optimisation (SEO) of Hearst UK’s websites, increasing video output and responding to what the reader wants. “There’s a lot that we’re going to start doing here that we haven’t done before: really doubling down on SEO, that’s an opportunity that’s super low hanging fruit that we can grasp right now; increasing our video output; and continuing to really listen to our audience and what they are looking for.”

Hearst, both in the US and UK, uses a proprietary content management system (CMS) called Media OS, which it developed in 2014. Good Housekeeping and redonline.co.uk are the only two of its titles that are not currently on the system, but will be moving over to it. Media OS provides immediate audience data so that editors can see what’s doing well, share content quickly and tailor content for their unique audience.

Fast explains that the first step towards a strong SEO strategy has been to establish best practice on both the old and new systems. “What we’ve done, starting this year, is create best practices in the UK on both of these platforms, and empowered our teams with the know-how and the tools to optimise the content they already have, but also find new pockets of opportunity that really will resonate with their brands in real time. A great example of this is Elle’s hairstyle trends of 2017. This went up in January and it’s still rocking; they update it all the time. It’s like this juggernaut that cannot be stopped and that wouldn’t have been possible without taking the time to train and empower the teams.”

While there is a common set of standards to aspire to, Fast insists that the DNA of the individual titles will not be lost online. “It’s not necessarily one size fits all. We absolutely rely on the editorial instinct of our digital editors and they’re always creating content through the lens of their brand and their audience. However, there are certainly best practices that are true for all digital media, so it’s getting us all on the same page, but still being true to the unique assets of our various brands.” She adds: “My priorities are growing audience, creating best in class editorial content that our audiences love and want to engage with and, lastly, collaboration, not just country to country but also site to site.

Collaboration is key, both between titles and between territories, so cosmopolitan.com in the UK will take stories both from Elle UK and from Cosmo in the US, with the language tailored for a British audience. Fast insists: “Brand identity is key, so it’s really important for us to maintain a consistent look and feel, so that when you are on Cosmo, whether it’s Cosmo UK or another one of our Cosmo sites, it should look and feel like you’re on Cosmo. That said, our editors will always tailor their content to their country’s unique cultural identity and audience. Language needs to be tweaked sometimes. Things as simple as, an article from the States might be so spot on but the language is off, or you need to add ‘u’s to certain words.”

One step towards greater collaboration between titles has been to move the entire digital team so that they now sit together rather than with their individual titles. Fast reveals: “A great example of this is Cosmo and Good Housekeeping, two very different titles, are collaborating on a new video series of drink recipes. Good Housekeeping clearly has some real food video expertise and Cosmo has such a fun young audience, so Good Housekeeping is going to be able to reach a whole new generation of readers, while Cosmo gains this food expertise and it will be co-branded and shared on both social platforms and we’ll see how that resonates.”

Fast joined the digital revolution the first time round. “I won’t quote the year. At an organisation called Oxygen Media, which at the time was the first 24 hour TV network and online destination for women and children. That led into all sorts of things, which post digital’s initial bust, led me to magazines. I became editor-in-chief of a publication for teens in the States. And then when the tides shifted and I became more interested in digital, I moved to InStyle.com where I worked for many years and had a special interest in teens.”

She then moved to a tech start-up promoting social change called DoSomething.org as editor-in-chief of their website for teens. She confesses: “I missed the big portfolio of brands which is something that Hearst has.” Teen website seventeen.com and overseeing Hearst’s partnership with A&E Networks followed. “Then my boss came to me and asked if I would ever move to London, and here I am.”

Fast believes a good digital strategy is vital in a challenging climate: “As brand ambassadors, it’s our responsibility to reach our readers and our dedicated audience no matter where they are, whether they are relaxing with the magazine on the weekend, or looking at their Facebook feed on their phone or at work looking on their desktop at lunch.” Social media is a “cornerstone” of how they connect with readers. “Our writers often approach the news of the day thinking social first: how will this work on Facebook? What image is right for Instagram to share with our folks there? We go where our people are so whatever platform they’re on, we are there, tailored for them.”

Cosmopolitan UK’s Facebook reach in March was at an all-time high of 52.5 million, but by April, that had doubled to 105m. One video the brand produced called ‘Texts from your mum’ had 6.6m views and was shared 42,000 times. Fast says: “It just shows they are hitting a nerve. They know their audience, they know who’s coming to Facebook, they know who’s coming to Instagram and they want it to resonate, delight, surprise and engage and it’s working.”

Social media is also a huge driver of new audience. For example, Cosmopolitan’s Snapchat channel reaches in the region of two thirds of all millennial women in the UK. Fast reveals: “What’s so wonderful is that young readers have gone up to the editor-in-chief, Farrah Store, and said that they discovered the magazine because they subscribe to our Snapchat channel.”

On the video side, Fast plans to start small but aim high: “We are looking to the content that performs well on our websites and social media to see what we can create out of it. So, for example, ‘Texts from my mum’ was created out of a super high performing article on Cosmo UK. We’re going to see what we can do with a small set of resources and how we can grow in that way.” This model of looking at high-performing content and then turning it into video can be used across Hearst UK’s brands. For example, says Fast: “Travel is huge on Harper’s Bazaar, and red carpet style is huge, so we might start with ‘The 25 best-dressed women at Cannes’ and ‘The 13 beaches you have to visit at least once in your life’, that kind of thing.”

The latest traffic figures for Hearst UK’s sites for December 2016 to May 2017 from Omniture indicate that they are moving in the right direction. Harper’s Bazaar saw an increase of 74% in unique monthly users, Elle was up 88%, Esquire jumped 64% and Cosmopolitan rose by 25% in the period.

Where does Fast think Hearst UK’s digital offering will be in one, two or even five years’ time? “Snapchat isn’t that old and we certainly weren’t thinking about that five years ago, so it’s hard to predict, but I think we will still be producing top quality editorial content, probably on platforms that someone is only just dreaming up now somewhere, maybe in northern California, and pivoting as we need to as we learn as we go, which is to say, we’ll wait and see.”

Finally, how long does the American plan to stay in London? She laughs: “I have no idea, my visa’s only good for five years, so there you go.” 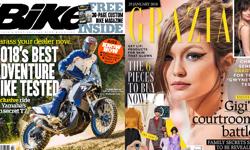 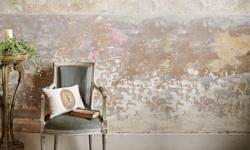 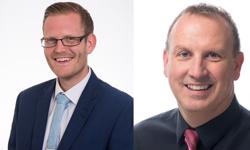 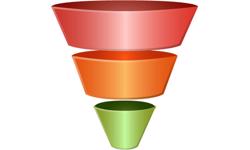 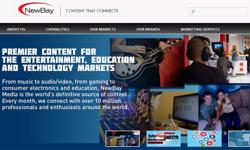 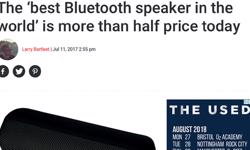 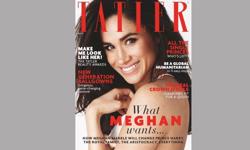