The title was named Publication of the Year while Apps was named Journalist of the Year at the awards held at Stationers’ Hall in London.

The awards were launched this year as a subset of the British Journalism Awards to recognise great journalism being carried out on specialist and B2B titles and by specialist journalists working in the mainstream media.

Press Gazette editor-in-chief Dominic Ponsford said: “Business to business and specialist media is a huge industry and one which we are determined to ensure is known to the public at large for more than just being the butt of jokes in the headline round of Have I Got News for You.

“We are also delighted to have so many entries from specialist journalists working in the mainstream media.

“Like local newspapers, specialist titles are where the news is made. They are where much of the original reporting goes on that uncovers stories and adds to the sum total of human knowledge. A noble journalistic mission if ever there was one.”

The judges said: “Built Environment was one of the highest quality categories but Luke Barratt’s entry stood out due to the quality of his writing, the depth of his research and the size of the importance of the targets picked for his investigations.”

Winner: The Bureau of Investigative Journalism

The judges said: “The Bureau of Investigative Journalism delivered a series of dramatic exposes on the industrial scale of much farming in the UK, providing a huge public service for both consumers and the farming industry.”

Highly commended: The Farmers Guardian team for a series of articles on Bovine TB

The judges said: “Gareth’s work was thoroughly investigated and showed huge amounts of research on matters of genuine public interest.”

Sponsored by the University of Oxford Said business school

The judges said: “Elliot was three or four weeks ahead of where the FT was on this story. It was a shocking scandal which had real impact.”

The judges said: “Ben submitted a great range of stories which were widely followed and clearly served the public interest by holding the UK’s most important public service to account.”

The judges said: “The level of detail and research in her pieces was excellent. This was spectacular work which had it all.”

The judges said: “Weinfass makes great use of contacts and obviously has a good nose for news. He uncovers stories which otherwise would never get told.”

The judges said: “Carbon Brief is a site which uses the latest data and visualisation methods to bring important public interest stories to light and tell them to a new audience.”

The judges said: “He casts a probing eye over the world of motoring, providing a different take on the big issues affecting the industry. His work is enormously readable.”

The judges said: “This story was researched in huge detail to shine a light on one of the most serious issues in the cycling industry – counterfeiting. This was excellent writing expertly targeted at a specialist market.”

The judges said: “Matthew writes with confidence, nimbly explaining the importance of major issues to his specialist audience.”

Sponsored by University of Cambridge Institute for Sustainability in Leadership

The judges said: “She is able to not just deliver the facts but she also provides conclusions. She provided real insight into what she was investigating.”

SPECIALIST MEDIA INVESTIGATION OF THE YEAR

The judges said: “This was important reading on a matter of huge public interest. It demonstrated that this title is a trusted source for its readership and an important watchdog for one of the most important public institutions in the UK.”

SPECIALIST MEDIA PUBLICATION OF THE YEAR

The judges said: “Inside Housing is the exemplar of a tough B2B title which knows its patch well and does not pull its punches.

“It led the way on exposing issues around fire safety in tower blocks, sticking with the story both before the mainstream media became interested in it and after it had largely lost interest.

“It has performed a huge service to tower block residents across the country and completely owned the Grenfell Tower story.

“It is a hugely deserving winner of our inaugural British Journalism Awards for Specialist Media publication of the year prize.”

The judges said: “Peter Apps has consistently and doggedly led the way on exposing the scandal around fire safety in tower blocks.

“Uniquely he flagged up the issue of flammable panels in advance of the Grenfell Tower tragedy.

“He has then consistently led the way not just with his own reporting but leading the news team at Inside Housing.

“All the judges had a vote on journalist of the year and Peter was the deserving and popular winner.” 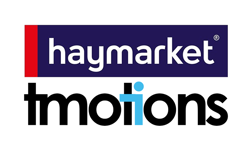 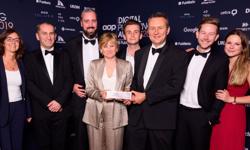