The campaign has been endorsed by Prime Minister, Theresa May, and broadcaster, Sir David Attenborough. More than 8,500 readers have joined the cause online already, with 400 litter picking events created, say the publishers.

The partnership marks the next phase of the Daily Mail’s decade-long war on plastic waste, a series of campaigns which started with the Mail’s successful drive to ‘banish the bags’. The Great Plastic Pick Up will see the paper encourage readers to coordinate their own community clean ups as part of a countrywide campaign, from Friday 11th to Sunday 13th May.

A Daily Mail spokesperson said: “We’re immensely proud of the impact of the Mail’s campaign to eradicate plastic waste, an issue our readers care deeply about. Over the past 10 years they have made their voice heard, campaigning for the highly-successful plastic bag levy, and now we’re asking them to come together again. The Great Plastic Pick Up is a simple and effective way for people to fight back against the scourge of plastic waste, in their own communities and it’s incredibly easy to get involved.”

The plastic bag levy introduced following the Mail’s campaign to banish plastic, has resulted in 9 billion fewer disposable plastic bags being used in Britain since 2015. The paper has now turned its attention to the country’s plastic waste crisis.

According to Keep Britain Tidy, more than 80% of marine waste is dropped on land, and the Great Plastic Pick Up aims to tackle the issue, one community at a time.

Allison Ogden-Newton, Chief Executive, Keep Britain Tidy says: “The Great Plastic Pick Up is the nation’s opportunity to get together on the same weekend to show how united we are against waste, tapping into the Daily Mail’s enormous reach. Clearing litter from our streets, parks and countryside costs millions, but this isn’t about just one weekend. It’s about raising awareness so we can change behaviour permanently. With Mail readers’ help we hope to create a lasting legacy.” 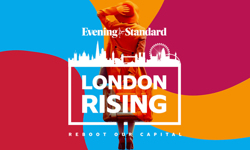