TM's Birmingham Mail paper took home four of the awards including the Website of the Year and The Digital Award and Business and Finance Reporter Jon Griffin and Specialist Reporter Jeanette Oldham won prizes in their respective categories.

Organised by the Society of Editors to celebrate the best of local and regional newspaper journalism, the awards were handed out at the Marriott, Grosvenor Square Hotel by LBC radio presenter Nick Ferrari.

The judges said that the Birmingham Mail’s digital output, which also saw two other Trinity Mirror projects shortlisted, was a masterpiece in storytelling.

They added: “The paper took the anniversary of a huge news story and told it in a compelling way. It used an enormous amount of detailed research, dozens of interviews, video, haunting audio, a live-blog, interactive graphics and plundered its archives to create a fantastic piece of work. It was also a campaign - calling for justice for the 21 people who died in the Birmingham pub bombings of 1974.”

Sunday Life reporter Patricia Devlin was awarded both the Daily/Sunday News Reporter of the Year and the Scoop of the Year titles.

Devlin was praised for an interview with Michaella McCollum, the young girl from Dungannon who was jailed in Peru for drugs smuggling in 2013.

The judges said that: “she found brilliant stories that created compelling front pages, drove sales and gave readers a special reason to buy the newspaper. She wrote with insight, character and humour and even persuaded her editor to send her to Peru in pursuit of a huge story.

“She boasted brave reporting on top of a courageous investment by her editor. It certainly paid off producing an astonishing exclusive. Many other reporters would have been extremely jealous that Devlin got there first.”

The paper also won the Making a Difference public vote for its campaign to abolish the cruel practice of illegal puppy farming. The award was organised by Local Media Works, part of News Media UK, for Local Newspaper Week.

Gareth Davies of the Croydon Advertiser was awarded the Weekly News Reporter of the Year for the third time.

2014 saw Davies receive an anti-harassment warning by the Metropolitan Police for approaching a convicted fraudster for a comment.

The judges said that he produced: “a stunning set of investigations and stories which could grace the pages of any national newspaper. Gareth leaves no stone unturned to deliver his work and showed admirable fortitude in standing up to accusations of harassment from the police. In a post-Leveson world it is only right that it received national attention.”

Local World's Leicester Mercury won both the Feature Writer of the Year Award for reporter Lee Marlow and the anonymous columnist Fred Leicester.

The judges said that Leicester, whose popularity led to his move from the magazine to the main paper, was a brilliant columnist who writes eloquently about local issues of importance.

They added: “He is always provocative and always on the button.”

The Cumberland based CN group also won two awards after its success last year and chief executive, Robin Burgess, who has announced his retirement, was awarded the special Journalists’ Charity Award for service to the industry.

Journalists’ Charity chairman and Society of Editors board member Sue Ryan said: “The award winner has always been a valuable prop for the Society of Editors in its continuing battles for media freedom. He is respected not only for his immense media role but for his community and charity responsibilities.

She added: “His editors talk mostly of his passionate support for his newspapers, his magazines, his journalists and his beloved Cumbria. He is a real newspaper man - who loves the big stories and investigations and loves it even more if they have an impact on local people.

“He has announced that he will retire next January on his 65th birthday. So we are delighted to mark his achievements with this award that will be the first of many accolades.”

The Daily/Sunday Sports Journalist of the Year was awarded to Jon Colman of the News & Star in Carlisle and the paper was also awarded the Campaign of the Year award for its work in challenging Cumbria County Council to find alternative ways of raising revenue after it emerged parking charges were to be imposed in almost all the county's town centre high streets.

The judges described it as: “a classic example of a local newspaper campaigning in the finest tradition on behalf of its readers in the face of anti-democratic behaviour of the whole authority.”

DC Thomson owned Dundee Evening Telegraph took home the award for Front Page of the Year for its ‘Beyond Belief’ splash.

The entry included an image of two drug users’ comatose in the street and opened the debate on the city's attitude to drugs.

The judges said that: “It had the shock value and was a powerful and pertinent sign of the times. It was salutary and shocking and the editor should be praised for having the courage to print an image that was certain to provoke.”

Chairman of the judges, former SoE president and former editor of the Manchester Evening News, Paul Horrocks, said: “I was delighted to be asked to be chairman of the judges and as a former president I am especially pleased that the Society of Editors drives the awards – and the celebration.

“The judging has been meticulous and carried out with dedication, care and debate by a team of independent editorial experts with long standing and experience. It is a much over-used phrase - but the standard of entries was superb and the judging process careful with much debate.”

Bob Satchwell Executive director of the Society of Editors said "Congratulations to all of this year’s winners who have yet again demonstrated the vital public service that they continue to perform.”

The total league table was Trinity Mirror with 8 winners, Local World with 5, Sunday Life, 4, the CN Group, 3, Johnston Press, 2 and Newsquest, DC Thomson and the Cambrian News each with 1.

The awards were made possible by the lead sponsorship of UK Power Networks. They were supported by Asda, the Gorkana Group, JTI, ABC and Foot Anstey solicitors and were held in association with HoldTheFrontPage and the Press Association.

The Society of Editors, which has been supported by Camelot since 2001, organises the awards in conjunction on behalf of the industry.

SPECIALIST WRITER OF THE YEAR

FEATURE WRITER OF THE YEAR

COLUMNIST OF THE YEAR

WEEKLY SPORTS JOURNALIST OF THE YEAR

DAILY/SUNDAY SPORTS JOURNALIST OF THE YEAR

Highly commended: ‘End of a Dream’ – Edinburgh Evening News and ‘We Will Remember Them’ –Dorset Echo 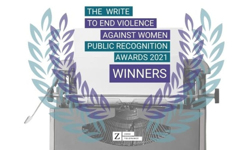 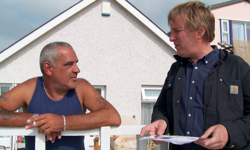 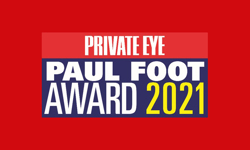