What happens if the best thing for your title is to put fewer copies through the newsstand and to build subs and alternative channels to market? Can you rely on your current newsstand distributor to give you that advice?

You can if your distributor is Warners Distribution (part of Warners Group Publications). That was the loud and clear message from Managing Director Stephen Warner, Sales Development Manager Andy Perry and Assistant Circulation Manager Keiron Jefferies when I met with them at their Lincolnshire HQ in April.

Founded in 1926 as a newspaper and magazine wholesaler, Warners has since evolved into two linked but independent companies on the same site – Warners Midlands, the magazine printers, and Warners Group Publications which publishes 30 titles in its own right (including Motorcaravan Motorhome Monthly (MMM), Family Tree, British Railway Modelling (BRM) and a portfolio of craft, railway and gaming titles) and also provides a range of publishing services to other publishers. These services include printing, subscriptions management and, the subject of this article, distribution. Warners Distribution handles the distribution for Warners’ own titles alongside 95 third party titles.

It is this structure which means, says Stephen, that Warners can give the type of advice you don’t normally hear from newsstand distributors who typically frame their strategies and solutions in terms of the newsstand, because… err… that’s what they do! Because Warners offers a range of publishing services, they don’t have a vested interest in promoting any one of those over the other. What’s in our interests, says Andy, is building long term relationships with publishers who may, in time, come to use additional Warners services. And because Warners’ distribution staff are embedded into the planning teams for Warners’ own titles, they manage a wide range of publishing and circulation strategies and are uniquely well placed to see what works and what doesn’t and to then share those learnings with their external clients.

Warners Distribution specialises in non-mass-market titles, typically titles with 1-20k newsstand sales per issue. This is actually the sector, says Keiron, where the most creative thinking takes place. Typically these titles have smaller promotional budgets than their mass-market counterparts and require highly tailored plans, laser-focused on making every pound work harder.

So, in a declining newsstand market, what advice is the Warners Distribution team giving their third party clients?

A riff perhaps on the old ‘turnover is vanity, profit is sanity’ line, the Warners team is single-minded in framing all activity in the context of profit generation. “If you’re prepared to throw enough money at it,” says Stephen, “it’s easy to increase revenue at newsstand, but at what cost? We want our clients to be in business a year from now.”

“Lots of publishers believe that operating at 30% sales efficiency is a price worth paying, but it represents huge wastage. It’s sometimes a case of less is more. For instance, a strategy of reduced (but much better targeted) availability might lead to 2% less sale, but 10% more profit; some of those profits can be ploughed back into additional marketing activity or developing new routes to market.”

Since adopting profit-driven, multi-channel strategies on their own titles, says Keiron, Warners has tripled its profitability at newsstand and has, by reinvesting the savings, grown their overall reach through increased subscriptions and digital edition sales. And, adds Andy, the way the Warners team operates, those learnings are all fed through to their third party clients.

One of the many quotes popularly attributed to Albert Einstein was his definition of insanity – namely, doing the same thing over and over again and expecting different results.

The traditional newsstand is in long term decline. Fact. RSV has dropped 30% in the last five years, supermarkets have cut back on shelf-space and many independent retailers have shut up shop.

The newsstand is still a significant route to market and will remain so for the foreseeable future, but now is the time for fresh thinking.

The business model needs to evolve, says Andy. Successful publishers are those that learn to adapt and exploit new routes to market alongside the existing ones.

The need for new integrated strategies means that publishers and their distributors need to develop fully rounded circulation strategies, that encapsulate all routes to market.

It’s not print or digital, newsstand or subs; it’s all of the above, and more. Events, for example, is an increasingly important part of many titles’ overall brand strategy. But they mustn’t be handled in isolation. Your strategy for each route to market should be affected by and inform all the others. It’s a question of joined up thinking.

A siloed approach to circulation, where each route to market is developed independently, is no longer fit for purpose, though still commonplace. “Our view is that distributors have to be fully acquainted with an integrated multi-media publishing strategy and the merits of each route in expanding a brand,” says Andy.

“Our distribution teams do not approach circulation from a ‘distribution’ point of view. They have real publishing knowledge, gained through working on our own titles and they see the whole picture. They know that the solution is more than just banging out more copies,” says Stephen.

Keiron adds, “It’s all about adding value. With the wealth of publishing expertise we have in-house, we always know who to ask for help, whatever the situation. It’s about sharing knowledge.”

“The fact is”, says Keiron, “that for some publishers, distribution is seen as a bit of a dark art. They don’t really understand it and are happy to assume that their distributor has everything under control.”

“Distribution is not rocket science and well-informed publishers can make better brand decisions if they understand it better. Part of our mission is to educate and explain. We try to meet our clients regularly, face-to-face, to explain activities, assess performance and explore opportunities.”

Regular reports are important, but sometimes ignored, and, says Keiron, there’s no substitute for face-to-face.

“We also encourage timely planning of all promotional activity. Planned in advance, costs can be better managed. Rushed, last minute activity tends to be expensive, and in today’s environment, promotional budgets need to work harder to deliver the best possible ROI.”

5. Your front cover has a job to do

If newsstand sales are still important to you, then your title must stand out from a crowded magazine rack. Publishers and editors can’t afford to lose sight of the fact that their front cover has a crucial sales and marketing role to play.

Warners holds regular front cover workshops for its clients and the key messages they try to get across are: see the cover primarily from a sales perspective, not an editorial one; design the cover at the start of the process, not at the end; make sure your key branding and sales messages are top and left and that your coverlines focus on your main content highlights.

The newsstand is the sales environment your title will be seen in (or not!), so any time you can spend standing in front of a magazine rack, familiarising yourself with it, will not be wasted.

“Remember,” adds Stephen, “you are selling the sizzle, not the steak.”

“It’s surprising”, says Keiron, “that so many UK publishers don’t consider exporting. English is the international language, our publishing sector is highly regarded and exported copies command premium prices. This all means that, if done intelligently, it’s a profitable route to market.”

7. Remember – you have a choice

For some publishers, a distributor is for life. Not necessarily because of the outstanding service they provide, but because publishers assume that changing distributor is a hugely complicated and risky thing to do. It’s all too scary; the world might implode. Far better to leave things as they are; after all, better the devil…

“This is a misconception”, says Andy. “Changing distributor is a straightforward process. Notice has to be given and certain bits of information transferred. Essentially, the old and the new distributor take care of everything. For the publisher, it’s a painless procedure.”

The only caveat is that notice periods can vary from one distributor to the next and some contracts are quite proscriptive regarding dates by which notice should be given. Publishers just need to check the small print of their existing contracts.

“Mutually beneficial, long term relationships are what we’re after,” says Stephen. “If you’re happy with your current distributor, then stay put, but if you’re not 100 per cent certain that you’re getting the level of service you need, then have a chat with us.”

These are challenging times, but there was a noticeably upbeat mood in the Warners meeting room. The newsstand might be in long term decline, but that decline can be intelligently managed and, through exploiting subscriptions, export, digital, events et al, overall copy sales and brand reach can be grown. Warners say they’ve proved that with their own titles and want to share that knowledge with their external clients.

“Given that up to 70% of some print runs are currently being wasted, this represents a tremendous opportunity for publishers to realise savings and reinvest in brand building,” says Stephen.

“If your current marketing and distribution is not as integrated and fully rounded as you’d like; if you fear that you’re overly reliant on one route to market or if you simply want to plug into the expertise of a unique distributor, who is also a major independent publisher, then get in touch with us at Warners Distribution.” 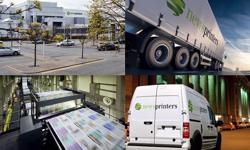