This list will outline the fifty people who help to make rugby the sport it is in 2015 and will include the most influential personalities in the sport.

A high profile panel made up of Mick Cleary, Gavin Mairs, Will Greenwood, Josh Lewsey, Paul Vaughan, John O’Neill, Jonathan Davies and Maggie Alphonsi has been selected to choose the fifty based on a range of criteria. Those included in the Rugby Power 50 have been judged on their achievements in a number of fields – leadership, innovation, achievement, legacy and effectiveness.

The list will be announced in a special 16-page sponsored supplement in The Daily Telegraph on Saturday 5th September, the same day that England face Ireland in the final match before the start of Rugby World Cup 2015 on 18th September. Additionally, an online hub will also go live on the 5th, which will be an integrated part of the Telegraph’s wider Rugby World Cup 2015 channel, which can be accessed through www.telegraph.co.uk/rugbyworldcup. This channel will host all of the latest news and opinion about the Tournament from the Telegraph’s rugby writers.

Toshiba are also supporting a French version of the Rugby Power 50 with Le Figaro, in a roll out of this concept, devised by the Telegraph.

Adam Sills, Head of Sport, TMG, said: “As we look forward to the imminent kick off of Rugby World Cup 2015, we are excited to reveal the Rugby Power 50, in partnership with Toshiba. This partnership and our comprehensive coverage of Rugby World Cup 2015 shows the Telegraph’s continued commitment to being the home of rugby journalism, ensuring our readers get the best possible access to all of the exciting action from this year’s competition.”

Matt McDowell, Marketing Director, Toshiba Europe, said: “Toshiba is delighted to be partnering with the Telegraph to discover the Rugby Power 50. The expert panel have selected the list based on criteria including innovation, leadership and achievement – values that are not only crucial to sporting success, but also pillars that are of great importance to Toshiba. As an Official Sponsor of Rugby World Cup 2015, we are excited about playing our part in helping to deliver the power and passion of the tournament, and we regard the Power 50 as a fitting way to celebrate the start of one of the world’s great sporting events.” 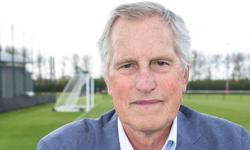 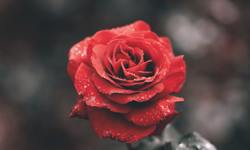